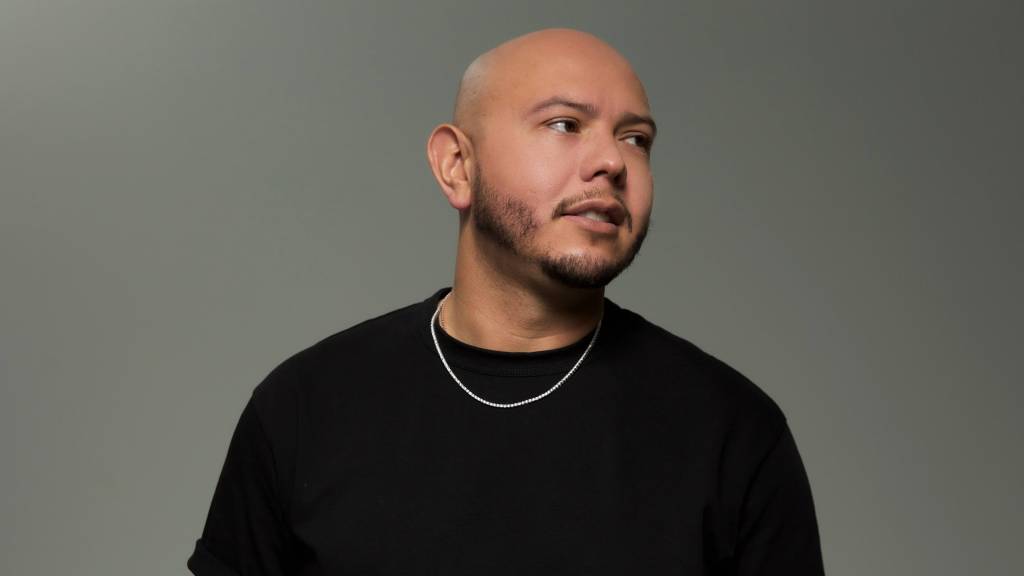 Lex Borrero, the co-founder of Interscope’s Neon16 label, has made his own seat at the table — and brought a full plate. As a teen, Borrero understood the importance of networking. After hundreds of unanswered cold calls, he eventually caught the attention of Universal Music and signed his first artist under his shingle Lex Prods. when he was 17. He would go on to become executive vice president and head of Latin at Roc Nation, where he met and later shaped the career of reggaeton producer Tainy. The two now run Neon16 together, with Borrero standing as CEO.

Borrero’s latest project is the new docu-style reality series, “Los Montaner” — created alongside veteran music exec Tommy Mottola (a relationship Borrero says is “like father and son”) and Range Media Partners — it will premiere later this year under the banner of the trio’s new content company, Ntertain.

Though he’s got a mountain of responsibilities — Borrero joined Variety to talk about Ntertain, the production of a Stan Lee-approved Latin superhero and the key to his entrepreneurial evolution.

Why was it essential for you to kick off Ntertain with the reality-style docuseries “Los Montaner“?

I’ve known the Montaner family (Ricardo, Marlene, Mau, Ricky and Evaluna, and their significant others Stefi, Sara and Camilo) for a while. We’ve done tons of music with them and during quarantine, they really became the most viral Latin family.

The Montaners had already been approached by Bunim Murray [“Keeping Up With The Kardashians”] and had shot a pitch trailer, which was shopped around and wasn’t picked up. When the family showed me the trailer, I watched it and was like, “Wow, this is, this is not how this family should be showcased.” That show never sold because of that same reason.

We then creatively approached the show in a different way, which ended up being more docu-style — that is what you will see now with our show. We use a lot of archival footage because [Ricardo] always filmed, he always had a camera on. I think it’s truly going to resonate from an emotional place but also from an artistic and creative sense.

From your perspective, was there an opening in the market for a company like Ntertain? How does the company align with your goal to “push the boundaries” of Latin culture?

Over the last, I want to say five years, there has been a Renaissance of cultural change. You’ve seen now these incredible huge companies come in and support, Black cinema and Black television in a way that has allowed those stories to evolve.

I think that freedom and that creative space that was carved out over the last couple of years. Now, I feel like that’s missing in the Latin community. I think for a long time in Hollywood, which is part of the growth of any industry, you had your standard stereotypical Latin. I feel like there’s this huge space and we’re starting to see more and more of it be filled.

What other themes or storylines are you looking to explore?

We’re working with Stan Lee’s POW! Entertainment on one of the Latin superheroes that he wrote before he passed away. We’ve taken this superhero he created and adapted the story to resonate with what’s going on politically in our countries. Pretty much every country in Latin America is going left and it’s creating all these very real issues for the people and how they relate to the rest of the world.

We’re also in production for a story about Wall Street. The idea came from the whole GameStop [stock frenzy] issue because it was then that I noticed there weren’t any Latin [wealth fund managers]. We all have this perception of what the American dream is, but what does that mean when you measure it against the kinds of values that we are taught as Latinos and in our culture?

You are at the intersection of many different ventures but how did TV and film get on your radar?

I felt that the moment I could find an opportunity in the visual and production world, where I can tell a story that would be impactful, I was going to go after it — even though I knew nothing. I entered the film and television world, as I did the music world: learning what terms meant as I heard them and sitting in phone calls with these executives at the different streamers hearing some of the terms of the questions they were asking. I had no idea what they were talking about, but I learned it.

Tell us about the talent show, “La Firma,” which we’ll be seeing soon on Netflix — you’ve got an incredible panel of judges from Rauw Alejandro to Yandel, Nicki Nicole, and Tainy. How’d that come together?

I just really thought about the notion of cover songs and how talent shows in the past have been very centered around the judges and missing a certain part. Like when you watch Puff or “Making the Band” — you just felt like you had an inside look at how artists got made

And so “La Firma” is a show about that. We took 12 artists who were already writing their music, who had a sense of style and brought them to Miami and put them through a 12-week competition that really put them through the wringers of what it takes to be an artist and the artist development process. I was shocked at the level of talent that we came out. Every artist goes into the studio wanting to make the best music because you’re also a competitor. They’re going from sessions to dance classes, to choreography, to media training — I mean, this is the life of an artist.

How has Neon16’s growth correlated to the rise in Latin music revenues in the U.S., which are set to top $1 billion this year?

I think it goes back to what we did with the marketplace. We showed up through our marketing, through our creative ideas. This crossover eventually became what is now global culture. We just had to change how we approach creative ideas, our businesses and what our producers are worth. With Tainy, we really wanted to showcase that. There used to be no value when looking at a producer, despite them being an important part of our creative process, and we really wanted to change the dynamic. Similar to what we’re doing at Ntertain, we’re just telling the world: “Hey, Listen. We’re just as good as everybody else.”

Where does your business relationship with Tainy stand?

It’s kind of a bit of everything. It started as a friendship and business-wise it evolved into management, helping with his whole career and his creative process. It’s become a partnership that has really gotten bigger than anything. We’ve managed to build a relationship where we truly understand what each of our roles are and how we grow those roles to integrate that into our businesses.

What’s the secret to your evolution in business and music?

Understanding my purpose and finding meaning in the things that I do beyond financial success or beyond fame. I think evolution happens the moment that you understand where you’re going. I find that a lot people, a lot of youth especially, start to spin in circles. Sometimes we don’t pause to truly understand what is it that we want. I really believe you attract the things that you are consistently thinking of and so you have to be obsessive about the things you want.