Maybe it’s just a polite greeting, or maybe she genuinely wants to know. Whatever is going on in her mind, it’s best to always be prepared with the right answer. Below are some responses to the question “how are you” as well as what each response might make her think.

“Pretty good, thanks for asking.” This is a very casual response that implies that you’re feeling great, but not particularly chatty. Notice that you didn’t ask her how she was? That’s a sign that you’d rather not be talking to her. Keep in mind that it’s not out of spite. Instead, it’s more of an implication that you’re not in a particularly chatty mood today.

“Good. How are things with you?” You’ve answered her question in the most generic way possible, and now you’d like to hear how she’s doing. By asking her how she is doing, you’re inviting some small talk that she could potentially start. If she responds by saying, “I’m good, thanks” the ball is back in your court, and it’s now your turn to come up with something to talk about.

“Well enough for a chat.” This is the ultimate invitation to have a conversation, whether it’s small talk or not. By saying “well enough” you’re saying that you’d welcome a conversation, though it might not exactly be the first thing you want to do. Either way, this response is polite enough and it’s an invitation to get to know someone better.

“Better now that you’re here.” If you want to flirt with her a little bit or maybe make her day a little better, this is a great response. It’s not too forward, and it’s not too generic either. This response is best used on a girl that you like but haven’t had the guts to confess to quite yet. So when you say this, she might have a clue that you’re into her. On the other hand, if you’re using this response on a friend, it might just be the thing to brighten up their day.

“Life is sweet as can be, thanks.” Show her you’re in a good mood and hope that she catches the happy bug too. When people talk to those who are positive, it can be hard not to feel just a little lighter because of the positive energy they exude. You can also use this response when you feel like talking about something good that happened to you today.

“I can’t complain.” This response is basically saying that you wish things were a little better, but since you’ve put things into perspective, you’re feeling better off than others. It’s a generic response, much like “I’m fine” and “Good, thanks” but it’s a little more realistic and less common. If you want to make an impression on a girl, this could be the response you want to say. However, be careful as your tone of delivery can make her think that you’re a cynic all the time.

“I can’t say I haven’t been not unwell.” What?! Who wouldn’t be confused by this response? If you want a girl to stick around as she ponders your response, this is what you should definitely say. Sure, she might think you’re a nut while she’s digesting your response, but if she has the same sense of humor as you, you’re sure to get a laugh out of her. This response is downright weird and a pain in the head to figure out, but it could be funny enough to make her remember you.

“Not too bad. But I could be better.” For when you want to be honest about the bad day you’re having, this is something you can say when she asks you how you are. If you’re not close enough to have a deep conversation about what’s bothering you, she might say something like “Oh, that’s too bad” out of sympathy. However, if she has an empathetic streak in her, she might stick around and help you vent out your feelings.

“Honestly? I’ve had way better days.” If you’re having a terrible day, this could be your response. Keep in mind that it might put people off because of how negative it is, but it might just be enough to touch her caring side. When you’ve tapped into the side of her that’s caring and motherly, she might stick around to try and help you out with your problem. Keep in mind that when you use this response, be prepared to let her know what’s bothering you, otherwise it would just be annoying for her to know that you’re not okay and yet you refuse to say why.

When a girl asks you how you are, it’s always good to have an answer that will encourage her to stick around and talk to you. Who knows, in that simple exchange you might get to know each other better! 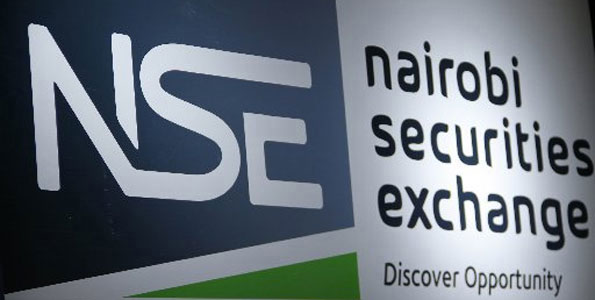 Ada Jesus Shows Off Her Dancing Skills In New Video

Ada Jesus Shows Off Her Dancing Skills In New Video