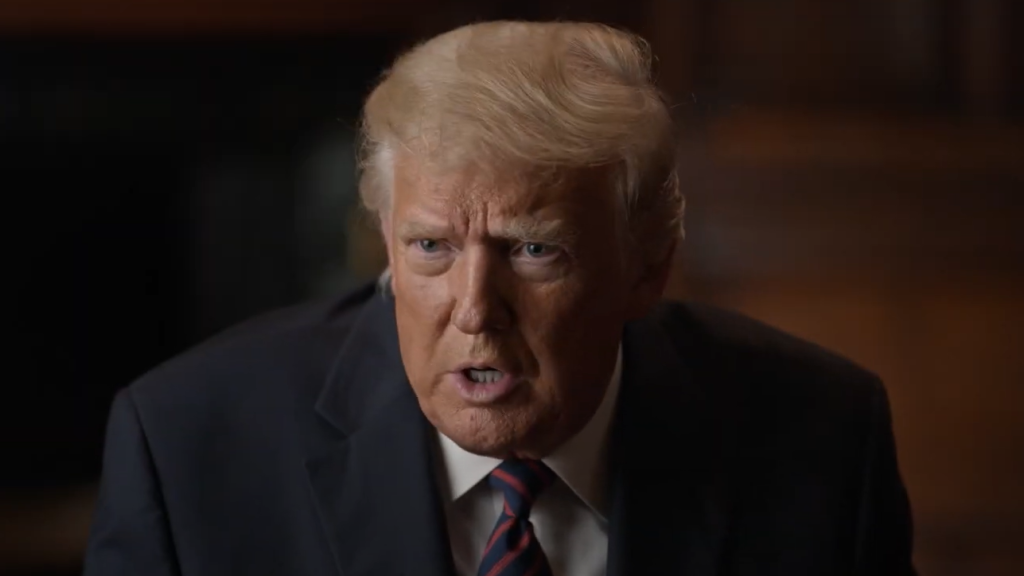 “Unprecedented,” the documentary from Alex Holder featuring previously unreleased footage of Donald Trump and his family during the final six weeks of the 2020 presidential campaign – and their reactions to the outcome of the election and the Jan. 6 insurrection – will be released on Sunday, July 10, exclusively on Discovery+.

According to Discovery, the three-part docuseries reveals “unfiltered” sit-down interviews with President Trump, as well as his daughter Ivanka Trump and son-in-law Jared Kushner, sons Donald Trump Jr. and Eric Trump, plus insights from the journalists who covered the events as they unfolded.

Discovery+ also released the trailer for “Unprecedented” and two clips from the docuseries. In one, the former president repeats falsehoods about the 2020 election being “rigged” and calls his supporters who attacked the U.S. Capitol on Jan. 6 “smart.”

“Well, it was a sad day but it was a day where there was great anger in our country,” Donald Trump says in one of the clips (watch below). “People went to Washington primarily because they were angry with an election that they think was rigged.”

Discovery+ last month announced that it secured the rights to “Unprecedented” in a deal with Holder and his AJH Films banner. Holder had been subpoenaed by the Jan. 6 congressional committee investigating the attempts to overturn the 2020 election. Holder said he had complied with the request to turn over footage captured during his work on the documentary series.

The series includes footage was shot in the White House, Mar-A-Lago and on the campaign trail, before and after the events of January 6th. Holder is repped by Russell Smith and Chris Matson of the law firm SmithDehn; Matson negotiated the deal with Discovery+.

Watch the trailer for and two clips from “Unprecedented”: