Skip to content
Home » Entertainment » The Story of ‘Bing Bong’: How Rapper Nems Took His Viral Phrase From the Streets of NYC to the White House 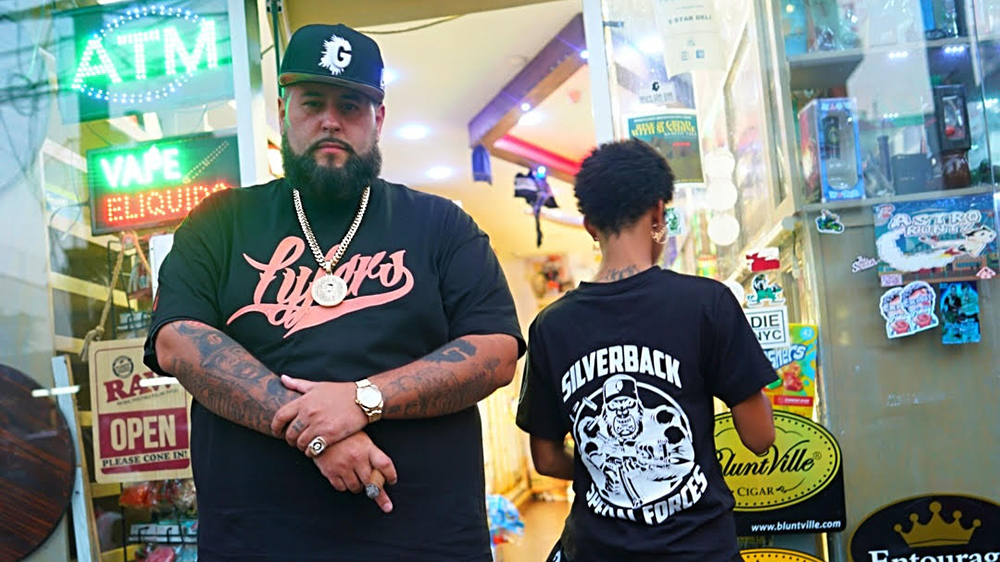 Two words changed Nems’ life. The battle rapper, a mainstay of New York’s underground hip-hop scene since the ‘90s, casually said “bing bong” in an Instagram story — and then kept repeating it once people reacted. Since then, the catchphrase has traveled from the streets of Coney Island all the way to the White House. Ever the entrepreneur, Travis Doyle (Nems’ real name) dutifully released a similarly-titled song and found mainstream success.

“I started the phrase in early 2021,” Nems explains. The rapper was showing off new merchandise on social media and the words “bing bong” just popped out of his mouth. Fans soon adopted it en masse, but the term really caught fire when he hosted an episode of “Sidetalk NYC,” a popular one-minute documentary series, which shines a light on different neighborhoods in New York City.

“In the first episode I hosted, I said ‘bing bong’ and it just became a theme,” Nems explains. “If I’m not saying it, somebody associated with me is saying it because it took off in my neighborhood.”

Audio from “Sidetalk quickly” went viral on TikTok due to the colorful characters of Coney Island, Nems’ trademark mispronunciation of Joe Biden (“Joe Byron”) and the liberal use of his signature phrase, “bing bong.” It then went on to soundtrack hundreds of thousands of TikTok videos, including Lil Nas X’s all-star rendition recorded at Variety’s Hitmakers event in December.

At the Hitmakers event, he called on fellow attendees and honorees Olivia Rodrigo, Avril Lavigne, Normani, Anitta, Tinashe, Jack Harlow and Chloe Bailey to help him recreate the Sidetalk episode. The resulting video amassed more than 64.5 million views. Says Nems: “I already knew it was big, but once I saw all those celebrities do it, I knew it was really taking off.”

Just when you thought “bing bong” had reached its zenith, the Jonas Brothers took it to the White House. Their video even features a cameo from President Biden, which Nems considers the pinnacle of his newfound success. He just wishes POTUS had delivered some of the dialogue. “When the video shows him, the line is supposed to say, ‘Hey, yo,’ but he didn’t do it,” he jokingly laments. “But it’s awesome that he’s in the video. It feels good that the President of the United States knows who I am.”

As soon as “bing bong” caught on among his core fanbase, Nems recorded a song called “Bing Bong” for his 2021 LP, “Congo.” It turned out to be a wise move, with the track now garnering radio play across the country. It’s the commercial breakthrough Nems has been waiting for. “People always ask, ‘Don’t you get tired of saying ‘bing bong?’’ or ‘Does it annoy you when people want to take pictures?’ No, I love it! I’ve been waiting for this my whole life.”

It’s a remarkable reversal of fortune for an artist who thought he had blown his shot. “My whole life, I always thought I messed up,” Nems confesses. “I had record deals with Shady Records and Def Jam, and I lost them going in and out of jail, and being addicted to drugs.” Not that he has any regrets. “I look back at those days now and, and think, ‘Yo, let’s say I would’ve signed to a million-dollar deal, I might have killed myself doing drugs. I might have overdosed.’”

In some ways, Nems views the recognition as a reward for rebuilding his life from the ground up. “I’ve been clean and sober for 12 years,” he says with deep pride. “But I lived on the wrong side of life for a long time. I used to be a bum. I used to rob and steal. People would cross the street when they saw me. Now they look at me and smile. I’m replacing all the bad karma that I created in my younger years with good karma.”

That good karma extends to the fine folk of Coney Island, including a homeless resident named TJ, who says the iconic line “Wassup, baby? Take me out to dinner” in the “Sidetalk” audio. Since appearing in the video, well-wishers banded together to raise money for housing. “TJ is doing great,” Nems says. “He got his own apartment. We’re working on furnishing it, trying to make him do the right thing with the money. It’s great to take at least one person off the streets.”

Nems refuses to let this opportunity pass. He has a collaborative project on the way with Grammy-winning producer Scram Jones and is already looking beyond it. “We have an album called ‘Beast Music’ that we’re putting the final touches on, so that’s dropping next,” he says. “Right now, DJs are playing ‘Bing Bong’ all across America. We’re going to set up a tour soon. The viral thing doesn’t define me. It got me here, now my goal is maintaining it.”