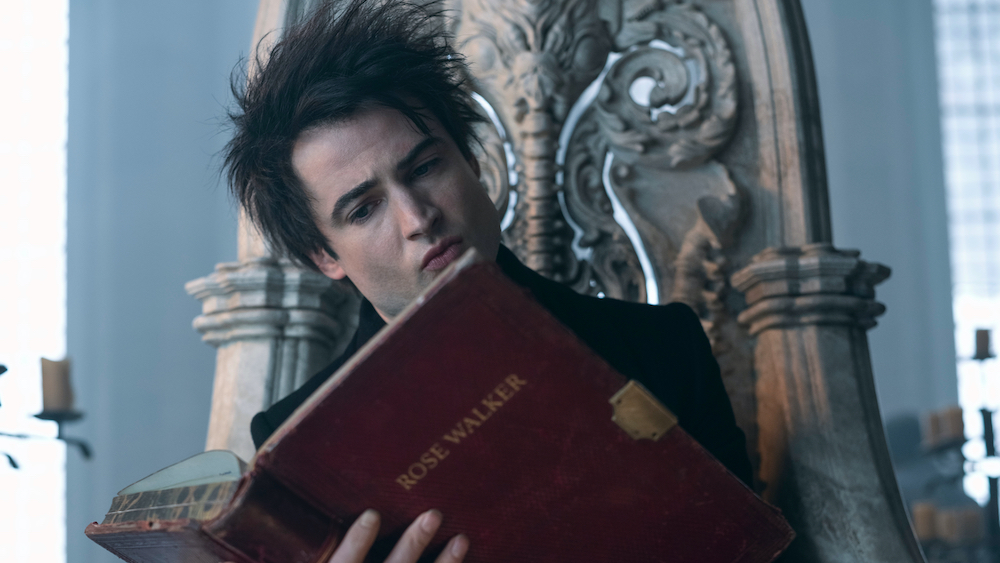 With Neil Gaiman’s highly-anticipated “The Sandman” arriving on Netflix this week, some viewers have been swift to comment on the show’s aspect ratio looking slightly off.

“Why does everything looked so stretched upwards? Is it supposed to be dreamy and I’m just an uncultured swine or is there something wrong,” one user asked.

“Sandman” viewers first noticed the skewed images in trailers for the series, sparking some trepidation among fans of the original comic book series. The distorted images were not isolated to the trailer, remaining a mainstay in the series itself.

Some questioned whether a technical issue was the causing the distinctive visuals. However, a spokesperson for Netflix confirmed that image distortion is a deliberate creative choice on “The Sandman.”

“As you’ll note many of the environments are surreal in the series and we often say it’s quite what a dream would feel like,” the streamer stated.

The series is based on the DC Comics character of the same name. Tom Sturridge stars as Dream — aka Morpheus. He lurks in a realm called the Dreaming and, when he’s captured, his absence triggers events that change both the sleeping and waking worlds.

Throughout “The Sandman,” distorted images show the cast with elongated faces and stretched visuals, giving the series a surreal feeling.

Will Baldy, Sam Heasman and George Steel serve as the show’s cinematographers. The group has yet to comment on the type of lenses they used to film the production. If, for example, vintage lenses were used and mixed with an 8K camera, the combination of old glass and a new camera could work to create image distortion. Alternatively, using old-school wide-angle lens with the distortion on the sides would create stretched visuals.

So, there’s no need to fix your TV and adjust your aspect ratio. “The Sandman” looks exactly how its creators want it to.

See some concerns from the series’ viewers below.

Sandman, your aspect ratio choices are confusing me: both letterboxed and oddly elongated

Did they fuck up the aspect ratio on Sandman or what? Letterboxed yet also noticably stretched.

@Netflix_Sandman @netflix #TheSandman is fabulous so far but why does everything looked so stretched upwards? Is it supposed to be dreamy and I’m just an uncultured swine or is there something wrong with my #aspect ratio?

@NetflixUK please fix the aspect ratio on The Sandman as it’s so annoying!