In 2014, Obama sought to reduce the spread of Ebola by, among other measures, utilizing the military to deploy both troops and medical personnel into West Africa to provide assistance and build treatment centers. Bina Venkataraman, who was the chief policy advisor to the president’s Council of Advisors on Science and Technology, said that there is a stark contrast in the way Trump has responded to COVID-19 compared to Obama.

“It’s hard to overstate the contrast. For one, you had a president who actually accepted and cultivated scientific advice,” Venkataraman said on Boston Public Radio Friday. “So, the fact that I was a policy advisor to a whole council of external scientists, technologists advising the president tells you something about how President Obama even structured getting advice from outsiders, being willing to accept the state of affairs.”

Venkataraman said that in handling COVID-19, Trump has acted too slowly, and is advocating policies such as a 30-day travel ban for foreign nationals who have recently been in the European Union that are not useful at this stage in the pandemic.

“He is talking about this virus as a foreign invader,” Venkataraman said. “He is using a travel ban at this stage in the epidemic where we already have community spread — the virus is already here in the U.S. — instead of talking about global operation to address the pandemic [and] thinking about ways we could collaborate with our allies to actually contain it in the multiple places in the world it is, so that we could think about better tracking it, understanding its mortality rate and seeing how it evolves and emerges over time.”

Also Read: Nostradamus Predicted 2020 as the World End Time And Other Apocalypses in History

Venkataraman is currently the editorial page editor of The Boston Globe. She served as chief policy advisor to the President’s Council of Advisors on Science and Technology under President Obama.

The last two major U.S. Democratic presidential candidates – former Vice President Joe Biden and Vermont Sen. Bernie Sanders – clashed Sunday night in a spirited debate on a range of issues as they made their best case to be the party’s nominee to face Republican President Donald Trump in November’s national election.

The two candidates attacked Trump repeatedly, with Biden calling him “an existential threat to the country,” while Sanders declared that Trump is a “pathological liar” overseeing a “corrupt administration.”

Both assailed Trump’s handling of the coronavirus pandemic in the U.S., with Sanders accusing him of “undermining scientists” and Biden faulting the administration for refusing in the early stages of the crisis to import test kits from other countries when the U.S. had the opportunity to do so.

“This is like we are being attacked,” Biden said. “In a war, you do whatever is required to do to take care of your people. Everything you would need to take care of this crisis would be free. It would be paid for by the U.S. taxpayers.”

Biden said he would call in the military to cope with the crisis while Sanders skirted the issue. Instead, Sanders complained about Trump undermining the government’s response by contradicting what government experts and scientists have recommended.

“What we have to do is shut this president up,” he said.

The two also virtually agreed on naming a woman to be their vice presidential running mate. Biden said he definitely would pick a woman and Sanders said “in all likelihood” he would, provided he could find someone who agrees with his progressive policies.

But the two Democrats quarreled with each other on how best to take on Trump, the New York real estate mogul and first-time politician who won an upset victory in 2016 to become the country’s 45th president.

Biden and Sanders often argued over the minutiae of legislation in the U.S. Congress when both were senators and later when Biden served two terms as vice president under former President Barack Obama from 2009-2017.

Sanders called for a political revolution to take on special interests that control health care and energy production in the U.S. Biden promoted less dramatic changes, but ones that also would move American policies significantly to the left philosophically from the Trump administration.

Sanders argued that his plan for a government takeover of health care in the U.S. – he calls it Medicare for All – was a moral imperative so that “everyone will get the care they need.” Biden said his plans for more measured improvements on top of the health care plan adopted under Obama – popularly known as Obamacare – would help more Americans at less cost.

“People are looking for results, not a revolution,” Biden said. “What people want is hope and they need it now, not four years from now.”

Biden at one point cut off Sanders, saying: “With all due respect to Medicare for All, you have a single-payer system in Italy. It doesn’t work there.” Biden was referring to the coronavirus crisis in Italy that is among the worst in Europe. “It has nothing to do with Medicare for All — that would not solve the problem at all. We can take care of that right now by making sure that no one has to pay for treatment period because of the crisis,” he said.

On another issue, Sanders attacked Biden’s support for the 2008 bailout of floundering Wall Street financial giants as the recession worsened more than a decade ago. Biden retorted, “It kept us from going into a depression.”

Sanders also criticized Biden’s support of the 2003 U.S. invasion of Iraq, which Biden now admits was a mistake.

“No, I did not,” Biden responded sharply.

Sunday’s debate had been scheduled before a live audience, just as with a string of previous Democratic encounters. But the spread of the deadly coronavirus forced the two longtime politicians into CNN’s Washington studio for their two-hour debate and there was no audience, in an effort to limit the possibility of exposing even more people to the virus.

Also Read: Nostradamus has prophyced coronavirus as the end time, Reference In Bible “In Revelation”

Biden in the lead

At the moment, Biden holds a clear edge in the delegate count in the race for the Democratic nomination. The two squared off in what could turn out to be the last debate before the party’s national nominating convention in July.

After a stumbling start in the first three presidential nominating contests in February, Biden has won 16 of the last 21 state elections and is heavily favored in the next four on Tuesday. They are scattered across the U.S., in Florida in the South, Ohio and Illinois in the Midwest, and Arizona in the Southwest.

Biden needs a majority of at least 1,991 delegates at the convention and currently leads Sanders, 809-666. Projections at the fivethirtyeight.com political forecasting site say Biden is likely to add another 200 delegates to that margin in Tuesday’s voting.

The earlier debates have had at least six candidates on stage, often leading to a verbal free-for-all with candidates talking over each other and leaving television viewers at a loss to understand any single individual.

Even with the debate stage narrowed to two candidates, Biden and Sanders frequently interrupted each other.

All of the other Democratic candidates who have dropped out of the presidential race have endorsed Biden as they exited, with the exception of Massachusetts Sen. Elizabeth Warren, who has yet to endorse either Biden or Sanders.

But with Biden now projected to win the party nomination in his third run for the presidency over three decades, Sanders, a self-declared democratic socialist, has sought to make the case that he is best-suited to take on Trump, who at 73 is younger than either Biden, 77, or Sanders, 78.

Biden, known widely for verbal gaffes, in recent campaign appearances mixed up what day the last primary elections were occurring and also was unable to recall key words from the country’s Declaration of Independence that many school-age children could recite.

In recent campaign appearances, the normally verbose Biden has read his speeches off a teleprompter and the addresses have been noticeably shorter to minimize the chance for more verbal missteps.

That, of course, wasn’t possible with Sunday night’s give-and-take with Sanders and Biden standing two meters apart behind podiums. Biden seemed self-assured throughout the debate and assertive in his exchanges with Sanders.

But both said they would support and campaign for the other against Trump, no matter which of them wins the Democratic nomination.

All i can see now is the end time is finally shaping it self from the world political powers, with their greediness to accomplish wealth, power to rule the world. These are all signs reveled in Bible. Read What Does The Mark of the Beast ‘666’ Says About The End Time HERE 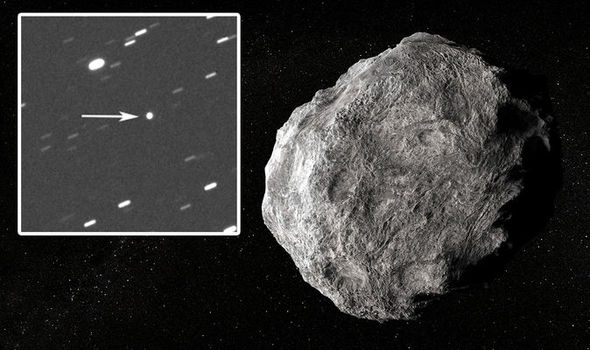