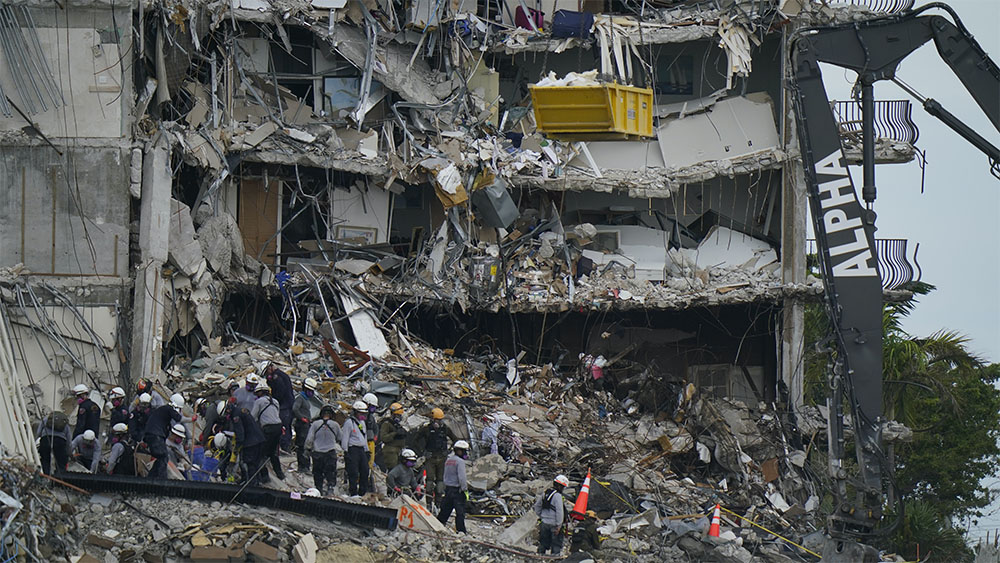 101 Studios, Grain Media and the Miami Herald are partnering on a documentary about the horrific collapse of the Champlain Towers South condo building in Surfside, Fla., that killed 98 people in 2021.

The film, about one of the deadliest building failures in modern history, will be based on the Herald’s Pulitzer Prize-winning reporting. “Surviving Surfside” will feature interviews with survivors, first-responders, relatives of the victims, and the journalists and engineers examining the event. It will reveal “the turbulent history of Miami” and examine the suspects that may have contributed to the collapse of the 12-story beachfront condo. The investigation finds that “this crisis might have been averted,” exposing “profound truths about how profit so easily trumps human life,” according to a press release.

“As a newsroom, we poured our hearts into the breaking news and the ongoing daily coverage, and subsequent investigative coverage, of the Champlain Towers South condominium collapse story,” said Miami Herald Executive Editor Monica Richardson. “It was our story to tell because the people and the families in Surfside who were impacted by this unthinkable tragedy are a part of our community.”

The doc is the second project in the works about the tragedy. “Surfside,” a three-part documentary series about the collapse, is also in development from director Stephanie Soechtig and former “E! News” host Jason Kennedy.

David Hutkin, COO of 101 Studios, which produces “Yellowstone” and “Mayor of Kingstown,” said “Surviving Surfside” is a story “obviously about an unthinkable tragedy, but it is also one that is a testament to the power of the human spirit and the importance of tenacious journalism fighting for the truth. We are so proud to be partnering with the Herald and Grain Media to bring this high-stakes mystery to audiences in a way that has never been seen before.”