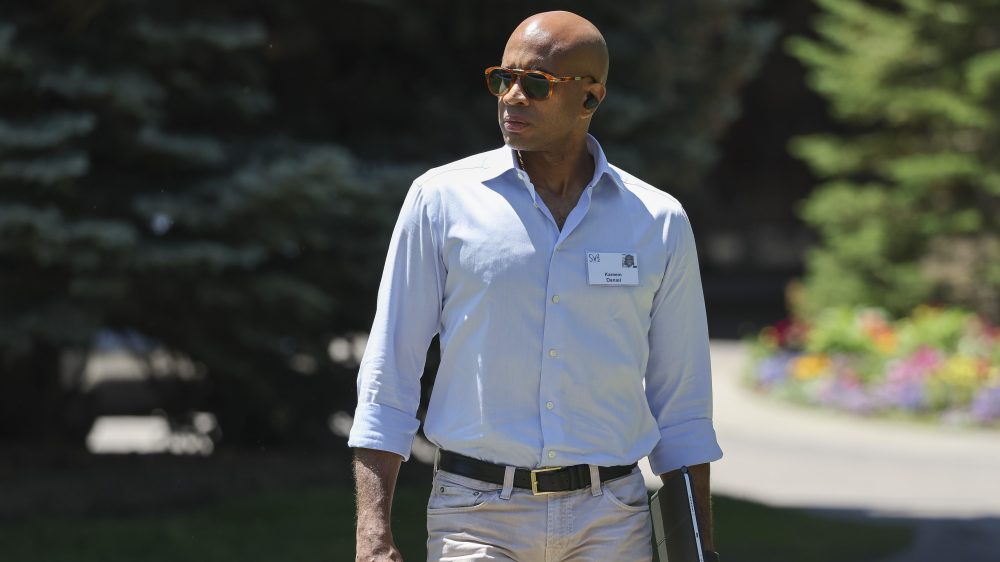 SUN VALLEY, Idaho — The Elon Musk watch is on.

The first full day of Allen & Co.’s exclusive conference and retreat for the wealthy and well-connected concluded Wednesday at the luxe Sun Valley resort. Even among the assembled 1%-ers, there was anticipation for the arrival of the maverick leader of Tesla and SpaceX, who is expected to make an appearance at the annual meeting of moguls and C-suite titans.

Following Tuesday’s many arrivals and some solo morning time, during which Verizon chief Hans Vestberg went for a run around the resort in the 6 a.m. hour, the agenda kicked off with an outdoor breakfast held for the business, media and tech moguls and their guests in a shaded area behind the lodge.

After the catered affair, the day was filled with private meetings and well-guarded guest speaker sessions, which usually focus on heady global economic and public policy topics. The lineup is planned by Allen & Co. for the few hundred executives who attend the invite-only event, including Meta’s Mark Zuckerberg (who hasn’t yet been spotted by press, but Variety has confirmed is on the property) and his soon-to-depart No. 2 Sheryl Sandberg. There’s also Warner Bros. Discovery chief David Zaslav, Fox Corp. chairman Rupert Murdoch (a last-minute attendee who is lying very low at the event while his soon-to-be-ex-wife Jerry Hall is also said to be in attendance), Paramount Global chair Shari Redstone, journalists Anderson Cooper and Tom Brokaw, Imagine Entertainment’s Brian Grazer, NBCUniversal CEO Jeff Shell, Disney Media and Entertainment Distribution chief Kareem Daniel, ICM Partners leader Chris Silbermann and more.

As of Wednesday afternoon, Musk has not yet arrived at the Sun Valley Lodge. Sources tell Variety that the maverick executive, who may take over Twitter one of these days, is still expected to touch down in the Apline village-styled mountain resort before the week is out.

While the moguls were busy congregating about the fate of media world, a few made time to wave for the cameras, with Redstone announcing she was reconsidering her outfit amid the constantly shifting Idaho weather (cold fronts are replaced by punishing sun and humidity throughout the day), Sandberg braving her first public contact with press since making a low-key entrance Tuesday, and Cooper stopping to say hello to some fellow reporters in the Kondetorei cafe.

All over the “village” area of the resort, young staffers sporting Allen & Co. shirts walked hand in hand with children of attendees looking for fun in the sun at the “summer camp for billionaires” event, before reuniting with their parents later in the day.

This year marked the second during which the Sun Valley conference took place during the pandemic, with 2020 having been scrapped entirely due to COVID. Among the changes made to the schedule this year due to COVID were the elimination of a rafting trip that would have required attendees to shuttle together, and the implementation of a later start time to accommodate the shift from indoor to outdoor meals, allowing those open-air meals to take place in the warm sun rather than the cold, dark morning, according to sources on the grounds.

On Thursday, attendees will emerge from their posh accommodations, break out their windbreakers and baseball caps to do it all again.