As you are about to see, raw garlic benefits are plentiful. It can be used as an effective form of plant-based medicine in many ways, including the following.

According to the Centers for Disease Control and Prevention, heart disease is the No. 1 killer in the United States, followed by cancer. Garlic has been widely recognized as both a preventative agent and treatment of many cardiovascular and metabolic diseases, including atherosclerosis, hyperlipidemia, thrombosis, hypertension and diabetes. A scientific review of experimental and clinical studies of garlic benefits found that, overall, garlic consumption has significant cardioprotective effects in both animal and human studies.

Probably the most amazing characteristic of garlic is that it’s been shown to help reverse early heart disease by removing plaque buildup in arteries. A 2016 randomized, double-blind study published in the Journal of Nutrition involved 55 patients, aged 40 to 75 years, who had been diagnosed with metabolic syndrome. The results of the study showed that aged garlic extract effectively reduced plaque in coronary arteries (the arteries supplying blood to the heart) for patients with metabolic syndrome.

One of the lead researchers, Matthew J. Budoff, M.D., said, “This study is another demonstration of the benefits of this supplement in reducing the accumulation of soft plaque and preventing the formation of new plaque in the arteries, which can cause heart disease. We have completed four randomized studies, and they have led us to conclude that Aged Garlic Extract can help slow the progression of atherosclerosis and reverse the early stages of heart disease.”

Allium vegetables, especially garlic and onions, and their bioactive sulfur compounds are believed to have effects at each stage of cancer formation and affect many biological processes that modify cancer risk.

In the words of the NIH National Cancer Institute, “Several population studies show an association between increased intake of garlic and reduced risk of certain cancers, including cancers of the stomach, colon, esophagus, pancreas, and breast.” It also includes an answer to a very key question: Howcan garlic act to prevent cancer? The National Cancer Institute explains that “protective effects from garlic may arise from its antibacterial properties or from its ability to block the formation of cancer-causing substances, halt the activation of cancer-causing substances, enhance DNA repair, reduce cell proliferation, or induce cell death.”

A French study of 345 breast cancer patients found that increased garlic, onion and fiber consumption were associated with a statistically significant reduction in breast cancer risk.  Another cancer that garlic has been specifically shown to positively affect is pancreatic cancer, one of the most deadly forms cancer. The good news is that scientific research has now shown that increased garlic consumption may reduce the risk of developing pancreatic cancer.

A population-based study conducted in the San Francisco Bay area found that pancreatic cancer risk was 54 percent lower in people who ate larger amounts of garlic and onions compared with those who ate lower amounts. The study also showed that increasing the overall intake of vegetables and fruits may protect against developing pancreatic cancer.

Garlic also shows promise when it comes to treating cancer. Garlic’s organosulfur compounds, including DATS, DADS, ajoene, and S-allylmercaptocysteine (SAMC), have been found to induce cell cycle arrest when added to cancer cells during in vitro experiments. In addition, these sulfur compounds have been found to induce apoptosis (programmed cell death) when added to various cancer cell lines grown in culture. Taking liquid garlic extract and S-allylcysteine (SAC) orally has also been reported to increase cancer cell death in animal models of oral cancer.

Overall, garlic clearly show some real potential as a cancer-fighting food that should not be ignored or discounted.

An interesting phenomenon of garlic is that has been shown to help control high blood pressure. One study looked at the effect of aged garlic extract as an adjunct treatment for people already taking antihypertensive medication yet still having uncontrolled hypertension. Garlic showed itself to be highly effective once again. The study, published in the scientific journal Maturitas, evaluated 50 people with “uncontrollable” blood pressure. It was uncovered that simply taking four capsules of aged garlic extract (960 milligrams) daily for three months caused blood pressure to drop by an average of 10 points.

Another study published in 2014 found that garlic has “the potential to lower BP in hypertensive individuals similarly to standard BP medication.” So garlic, specifically in the form of the standardizable and highly tolerable aged garlic extract for this study, could work just as well as prescription hypertension medications. This study further explains that garlic’s polysulfides promote the opening or widening of blood vessels and, hence, blood pressure reduction.

4. Garlic for Colds and Infections

Experiments have shown that garlic (or specific chemical compounds like allicin found in garlic) is highly effective at killing countless microorganisms responsible for some of the most common and rarest infections, including the common cold. Garlic actually might help prevent colds as well as other infections.

In one study, people took either garlic supplements or a placebo for 12 weeks during cold season (between November and February). The garlic takers were less likely to get a cold, and if they did get a cold, they recovered faster than the placebo group. Those who didn’t take garlic (placebo group) had a much greater likelihood of contracting more than one cold over the 12-week treatment period. The study attributes garlic’s ability to prevent the common cold virus to its star biologically active component component, allicin.

Garlic’s antimicrobial, antiviral and antifungal properties can help relieve the common cold as well as other infections. Garlic’s allicin in particular is believed to play an important role in this vegetable’s antimicrobial powers.

A clinical trial was conducted to test what a survey has shown to be a growing practice in Turkey: using garlic to treat baldness. Mazandaran University of Medical Sciences researchers from Iran tested how garlic gel applied on the scalp twice a day for three months could affect people taking corticosteroids for alopecia. Alopecia is a common autoimmune skin disease, causing hair loss on the scalp, face and sometimes on other areas of the body. Different treatments are currently available, but no cure is yet known.

The researchers discovered that the use of garlic gel significantly added to the therapeutic efficacy of topical corticosteroid in the treatment of alopecia areata. Although the study didn’t test it directly, applying garlic-infused coconut oil as a standalone treatment might even be more beneficial as a hair loss remedy because it mitigates the risk of absorbing harmful corticosteroids in the skin.

6. Garlic for Alzheimer’s Disease and Dementia

Alzheimer’s disease is a form of dementia that can rob people of the ability to think clearly, perform everyday tasks and, ultimately, remember who they even are. Garlic contains antioxidants that can support the body’s protective mechanisms against oxidative damage that can contribute to these cognitive illnesses.

When it comes to Alzheimer’s patients, β-amyloid peptide plaques are commonly observed in the central nervous system, and these plaque deposits result in the production of reactive oxygen species and neuronal (cells in the nervous system) damage. A study published in the Journal of Neurochemistry found “significant neuroprotective and neurorescue properties” of aged garlic extract and its active compound S-allyl-L-cysteine (SAC). The researchers conclude from their findings that aged garlic extract along with SAC can be used to develop future drugs to treat Alzheimer’s disease.

Garlic has shown its ability to help diabetics as well. Eating garlic has been shown to help regulate blood sugar levels, potentially stop or decrease the effects of some diabetes complications, as well as fight infections, reduce LDL cholesterol and encourage circulation.

A study of diabetic rats showed that garlic may be very helpful at improving the overall health of diabetics, including the mitigation of common diabetic complications like atherosclerosis and nephropathy. These rats, which received a daily extract of raw garlic for seven weeks, significantly had lowered serum glucose (blood sugar level), cholesterol and triglyceride levels. Compared to the control group, the rats receiving raw garlic had 57 percent less serum glucose, 40 percent lower serum cholesterol levels and 35 percent lower triglycerides. In addition, urinary protein levels in garlic-treated rats were 50 percent lower.

All of this shows how garlic benefits diabetics as part of a diabetic diet plan. 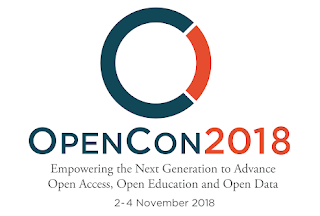