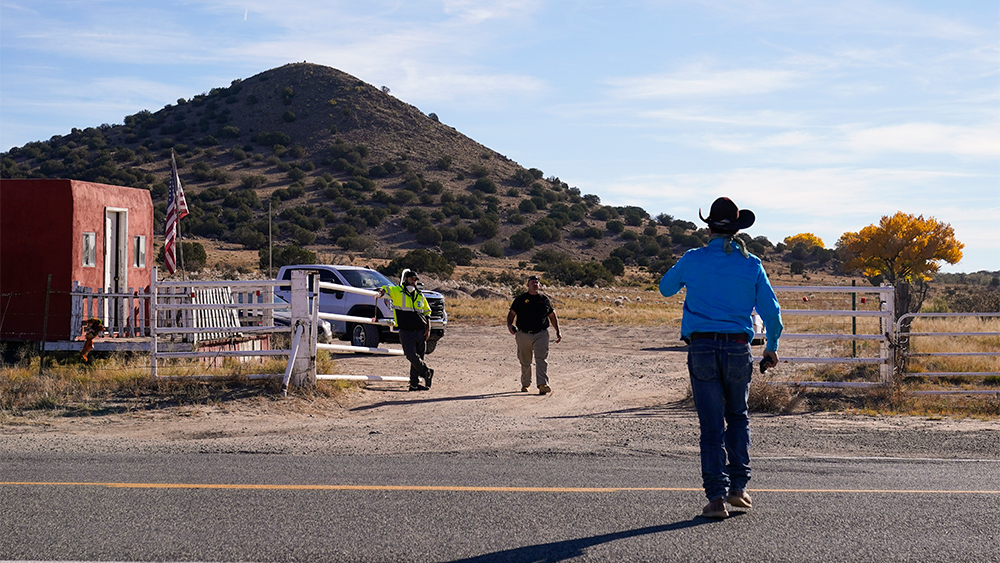 Hollywood unions and entertainment studios both support doing something to tighten firearms safety rules in the wake of the “Rust” shooting.

But they don’t agree on what that something is, and the disagreement has dimmed the chances of new set safety legislation out of Sacramento this year.

On Thursday, Sen. Anthony Portantino held up two bills — SB 829 and SB 831 — that reflected the competing approaches of the studios and the unions. In an interview on Friday, Portantino said he still believes that a deal can get done by the end of this legislative session in August.

“The issue is whether both sides want to come together to achieve consensus,” said Portantino, who authored the studio-backed bill. “I think they were relatively close.”

But Sen. Dave Cortese, who authored the union-backed bill, gave a more pessimistic take. Cortese said he had weeks of meetings with the Motion Picture Association — the studios’ lobbying arm — and that the union side had made concessions to try to accommodate the studios’ concerns.

“I think it’s all been a ruse on their part,” Cortese said. “If they wanted a version of this bill, we’d have it right now… I think their real position is they don’t want either bill.”

Both sides appear to agree on the need for new training requirements for film and TV armorers.

Detectives in Santa Fe, N.M., are still investigating the “Rust” shooting, which killed cinematographer Halyna Hutchins and wounded director Joel Souza. Information released so far has focused on the role of Hannah Gutierrez Reed, the armorer who mistakenly loaded Alec Baldwin’s gun with a live round. (Gutierrez Reed has sued the ammunition supplier for allegedly mixing live and dummy rounds.) Gutierrez Reed had been an armorer for just a few months and had no formal training.

The studio and union bills each include provisions for armorer certification, which is not currently required. But the two sides don’t agree about much else.

The union-backed bill, SB 831, reflects a broader concern with systemic safety issues on set. For more than 30 years, the industry has been governed by self-imposed “safety bulletins,” which set out voluntary guidelines for everything from firearms to helicopter shots to how to prevent bear attacks. Cortese said that workers are concerned that many productions do not follow the guidelines, but face no consequences for it.

The union bill would have codified the industry’s firearms bulletins in state regulations, giving Cal/OSHA — the state workplace safety agency — the power to issue fines for violations. It would also have required productions to employ a “set safety supervisor” who would be empowered to shut down filming to avoid hazardous situations.

Cortese said that the MPA initially seemed supportive of codifying the firearms standards, but then backed off and opposed it. He said the MPA also wanted to limit the purview of the set safety supervisor to a few areas, like pyrotechnics and firearm use. He said the unions were willing to do that, but that was not enough to bring the MPA on board.

The studio-backed bill, SB 829, did not include either of those provisions, instead limiting its focus to the armorer training issue.

Both bills were on the “suspense file” at the appropriations committee on Thursday. Portantino, who chairs the committee, held up both of them, effectively killing them for the year. However, he said that other legislative vehicles are available if the two sides can reach a compromise before the end of the session.

“At this point I will be a cheerleader and a facilitator and an honest broker with willing participants,” he said. “They just need to get in a room and figure it out and come to me with a solution. I don’t think anybody’s to blame. It’s a delicate situation.”

Both the unions and the studios expressed openness on Friday to continued discussions.

The Motion Picture Association issued a statement: “We remain committed to working with the California legislature, as well as our union and guild partners, to enhance firearm safety on motion picture sets by building upon our already robust industry-wide protocols.”

Cortese, however, was not persuaded that the MPA is serious about further talks, saying the studio group has been “talking out of both sides of their mouth.”

“There is a compromise to be made, but I don’t think the other side has been operating in good faith for even a moment,” he said. “If they change their mind, of course we’re going to talk to them. But they had an opportunity to do something groundbreaking for the industry. Now I think they can slink away declaring victory.”