Skip to content
Home » Entertainment » ‘Rookie’ Spinoff With Niecy Nash-Betts, ‘Alaska’ With Hilary Swank, ‘Not Dead Yet’ With Gina Rodriguez Ordered at ABC 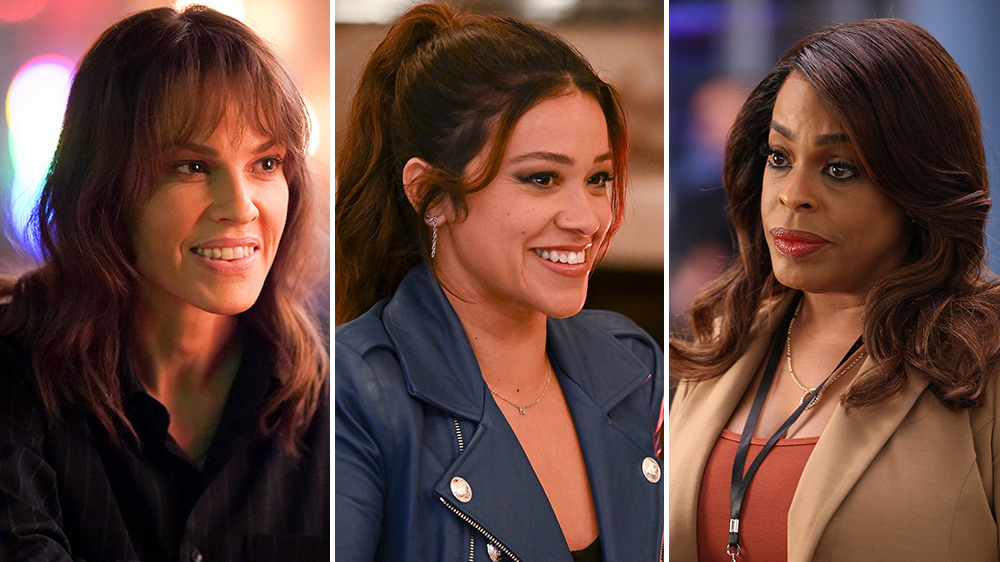 ABC has picked up “The Rookie” spinoff starring Niecy Nash-Betts as well as the drama “Alaska” starring Hilary Swank and the comedy “Not Dead Yet” starring Gina Rodriguez for the 2022-2023 broadcast season.

“The Rookie” spinoff aired as a two-part backdoor pilot during “The Rookie’s” fourth season. The spinoff is titled “The Rookie: Feds.” Nash-Betts stars as Simone Clark, the oldest rookie in the FBI Academy. The cast also includes Frankie Faison as Christopher “Cutty” Clark and Felix Solis as Special Agent Matthew Garza.

“The Rookie” creator Alexi Hawley co-created the spinoff with Terence Paul Winter, with both executive producing. Mark Gordon, Nash-Betts, “The Rookie” star Nathan Fillion, Michelle Chapman, Bill Norcross and Corey Miller are also executive producers. The show is a co-production between Entertainment One and ABC Signature.

“Alaska” stars Swank as as Eileen Fitzgerald, a recently disgraced reporter who leaves her high-profile New York life behind to join a daily metro newspaper in Anchorage on a journey to find both personal and professional redemption. Swank stars along with Jeff Perry as Stanley Cornik, Matt Malloy as Bob Young, Meredith Holzman as Claire Muncy, Grace Dove as Rosalind “Roz” Friendly, Pablo Castelblanco as Gabriel Martin, Ami Park as Jieun Park, and Craig Frank as Austin Greene.

“Not Dead Yet” follows Nell Stevens (Rodriguez), a broke and newly single self-described disaster, working to restart the life and career she left behind 10 years ago. When she lands the only job she can find – writing obituaries – Nell starts getting life advice from an unlikely source.

The show is adapted from the book “Confessions of a 40-something F**k Up” by Alexandra Potter. The cast includes Joshua Banday as Dennis and Angela Gibbs as Cricket.