Skip to content
Home » Entertainment » ‘Rise of the Teenage Mutant Ninja Turtles: The Movie’ Review: A Less-Than-Radical Entry in the Cowabunga Canon 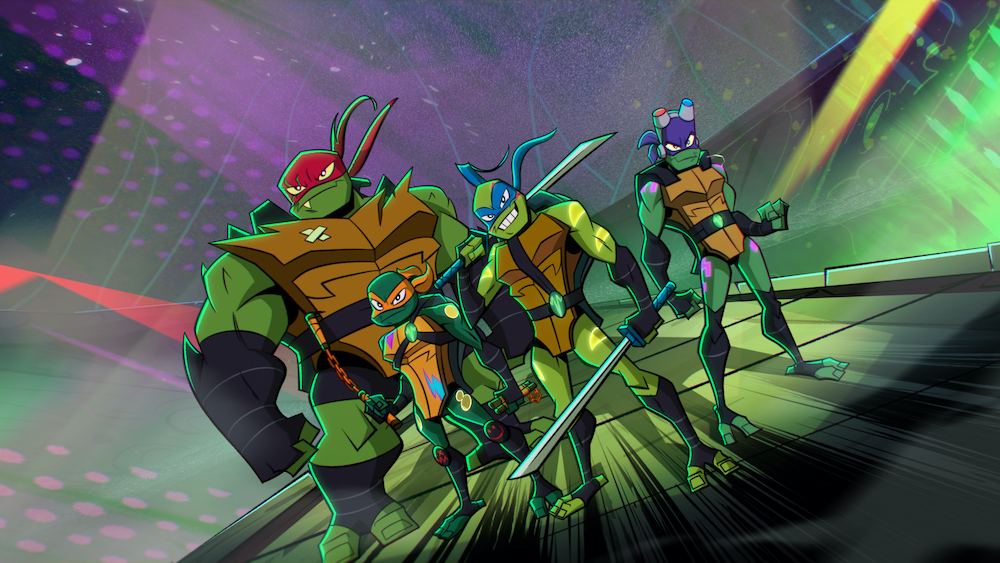 Though their popularity peaked long before most of today’s actual teenagers were born, the Teenage Mutant Ninja Turtles never really went away. We’re only six years removed from the most recent live-action film based on the pizza-loving reptiles, and it was just two months ago that a new TMNT video game was released. Ant Ward and Andy Suriano’s “Rise of the Teenage Mutant Ninja Turtles: The Movie,” which arrives on Netflix this week, is based on the animated series that aired on Nickelodeon from 2018 to 2020. While unlikely to bring any nostalgia-minded fans of the series’ early-’90s heyday back into the fold, “Rise” is a serviceable — if also forgettable — entry in the cowabunga canon.

It would be difficult to overstate how obsessed with ninjas and martial arts children were in the ’90s, with the franchise riding the same wave as “Mortal Kombat,” “Mighty Morphin Power Rangers” and the “3 Ninjas” movies. (That almost all of this was cribbed from Japanese pop culture didn’t occur to those of us who were kids at the time, of course.) Most of those franchises persist, though the wave they’re riding now is one of nostalgia — which, viewed from a certain perspective, might be the most profitable and ubiquitous genre in existence.

To say that the plot of “Rise” borrows liberally from “The Terminator” would be putting it lightly; to assume that the film’s intended audience knows or cares would probably be wrong. It begins in the devastated New York City of 2044, where Masters Leonardo (Ben Schwartz) and Michelangelo (Brandon Mychal Smith) are so close to being defeated by an alien race known as the Krang that they do something desperate: open a portal and send longtime ally Casey Jones (Haley Joel Osment) back in time so that the disaster they’re facing can be stopped before it begins.

The problem with this isn’t that it’s derivative. It’s that, if only by virtue of being different from the vast majority of “TMNT” fare we’ve already seen over the last 30-plus years, the future timeline is more compelling than the one we get. Michelangelo and Leonardo have advanced abilities we’ve never seen from them before, laser blasts and explosions blanket the battlefield, and there’s an immediate sense of urgency that the rest of the film is sorely lacking. It’s downright apocalyptic, in fact, and feels moments away from utter ruin. “Middle-Aged Mutant Ninja Turtles” might not roll off the tongue as easily, but it probably would have been a better movie.

That wouldn’t leave much time for fan service, though. What little we know of this future timeline tells us that there’d be no pizza for the ninja turtles to dine on, not to mention fewer moments of levity when “radical” and/or “bodacious” would be appropriate to say. The catchphrases and fun-loving air of these heroes in a half shell is a large part of their appeal, and “Rise” is careful not to deviate from a formula that’s kept the franchise at least semi-relevant for decades. For the kiddos this continuation of the Nickelodeon show is clearly targeting, that’ll likely be enough — never mind that it feels less like an actual movie and more like a “very special episode” of the series.

There are some differences that carry over from the show, however. Here, the brothers have actual mystic powers in addition to their ninjutsu skills; they’re also more visually distinct from one another than usual, with Raphael (Omar Benson Miller) being much larger than his siblings and the ever-erudite Donatello (Josh Brener) donning a full face covering while bringing up concepts like the grandfather paradox to help his brothers understand time travel. But none of that prevents “Rise” from feeling samey. A longtime devotee such as myself would never suggest that it’s time for the ninja turtles to go away, but it might be time for them to grow up — if only just a little.