US fossil fuel companies have taken at least $50m in taxpayer money they probably won’t have to pay back, according to a review of coronavirus aid meant for struggling small businesses by the investigative research group Documented and the Guardian.

A total of $28m is going to three coal mining companies, all with ties to Trump officials, bolstering a dying American industry and a fuel that scientists insist world leaders must shift away from to avoid the worst of the climate crisis. 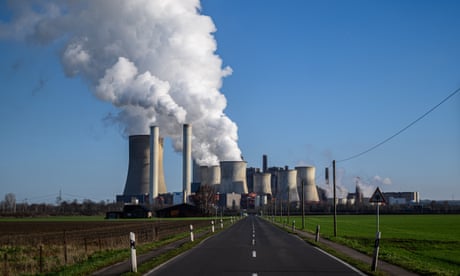 The other $22m is being paid out to oil and gas services and equipment providers and other firms that work with drillers and coal miners.

Melinda Pierce, the legislative director for the Sierra Club, said: “The federal money Congress appropriated should be going to help small businesses and frontline workers struggling as a result of the pandemic, not the corporate polluters whose struggles are a result of failing business practices and existed long before Covid-19 entered the public lexicon.”

More than 40 Democratic lawmakers have argued that fossil fuel companies should not get any assistance under the coronavirus aid package.

Some Democrats have also warned the forgivable loans being made under Congress’ Paycheck Protection Program could be a transparency disaster.

Banks and lending institutions are distributing the money, so the government says it cannot track recipients in real time. The loans revealed have been made public only through news reports and securities filings by publicly-traded companies, although the Federal Reserve has committed to issuing monthly reports.

So far, it’s clear the program is not working as intended. The funds are aimed at helping small businesses to keep paying their employees and covering other recurring expenses during the economic downturn. But they have been exploited by large companies forced to return the money amid a public outcry, including the Los Angeles Lakers, Shake Shack and Ruth’s Chris Steak House.

The industry aid comes as the Trump administration is reportedly considering a broader bailout for oil and gas corporations, which were already under pressure before the coronavirus and have watched oil prices nosedive because of a global price war and low demand for gasoline. The US government could make loans to oil and gas companies, essentially making taxpayers investors in the industry.

The Federal Reserve on Thursday also announced changes to its lending rules that could help indebted petroleum firms.

“The idea that oil workers are getting a paycheck is great,” said Jamie Henn, a spokesman for the Stop the Money Pipeline campaign who co-founded the environment group 350.org. “The worry is that the money’s going to the top and not going to filter down.”

The $50m already paid to fossil fuel companies is a small fraction of the the $2.1tn Coronavirus Aid, Relief and Economic Security Act, known as the Cares Act. But the total assistance to the industry is likely much larger than can currently be tallied and will continue to grow.

Environmental advocates and oversight experts tracking the funds say it’s impossible to count how much of the money will assist fossil fuels, including because some firms provide services across multiple industries.

“All of this is voluntary disclosures by the companies,” said Jesse Coleman, a senior researcher with Documented. “No matter what, it’s going to be an incomplete picture of what’s going on.”

Coleman said in many cases the fossil fuel companies getting aid have made bad investments and “now they’re going to come crawling hat in hand and say: look at what the coronavirus did to us”.

It’s both a bad financial proposition of the Fed and for taxpayers, and a bad situation for the planet

Among the coronavirus aid recipients is Hallador Coal, an Indiana-based coal mining company that hired Donald Trump’s former environment chief Scott Pruitt as a lobbyist. The company’s former government relations director now works at the energy department. Hallador is taking $10m to fund two months of payroll and other expenses.

Coal firm Ramaco Resources, whose CEO, Randy Atkins, is on the energy department’s National Coal Council, is getting $8.4m.

The US coal industry has been in steep decline, driven out of the market by cheap natural gas and environmental concerns. Trump campaigned on putting coal miners back to work, and his agencies have unsuccessfully explored ways to bail out coal companies, which are seeing their lowest employment levels in modern history. The Trump administration has also rescinded nearly all of the environment and climate protections the fossil fuel industry has opposed.

Fossil fuel companies can also take advantage of tax benefits under the coronavirus legislation, including deferring payment of social security and medicare taxes.

The Missouri-based Peabody Energy coal company has said it will speed up collecting an alternative minimum tax refund of $24m to 2020 and defer $18m of owed taxes.

US taxpayers already subsidize the fossil fuel industry at roughly $20bn a year, according to conservative estimates.

The Center for International Environmental Law has accused the oil, gas and plastics industries of “exploiting the crisis by aggressively lobbying for massive bailouts and special privileges in a desperate attempt to revive an oil and gas industry already in decline”.

The Institute for Energy Economics and Financial Analysis argues that federal lending to the oil and gas sector would be “a complete waste of money”, because it wouldn’t fix the industry’s underlying financial problems.

Oil industry lobbyists have pushed for changes at the Federal Reserve to let companies with large amounts of debt use its Main Street Lending Program and borrow to pay off existing loans.

In an 15 April letter to the Federal Reserve, the oil trade group the Independent Petroleum Association of America asked for the new provisions, saying “oil and natural gas producers are not looking for a government handout; they are seeking a bridge to help survive this economic disruption.”

Environmental advocates say the move would disproportionately benefit small and mid-sized oil and gas companies, such as Occidental Petroleum, which has nearly $80bn in liabilities on its balance sheet. 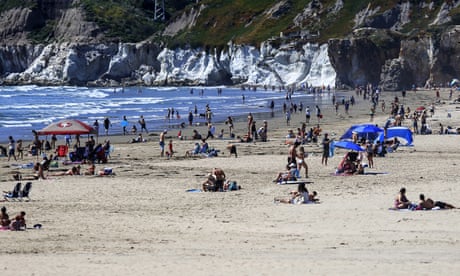 Graham Steele, who directs the corporations and society initiative at Stanford Graduate School of Business, called the situation the “classic disaster scenario where an opportunistic administration and industry is taking advantage of a crisis”.

“And by the way, these are industries driving climate change. It’s both a bad financial proposition of the Fed and for taxpayers and a bad situation for the planet.”