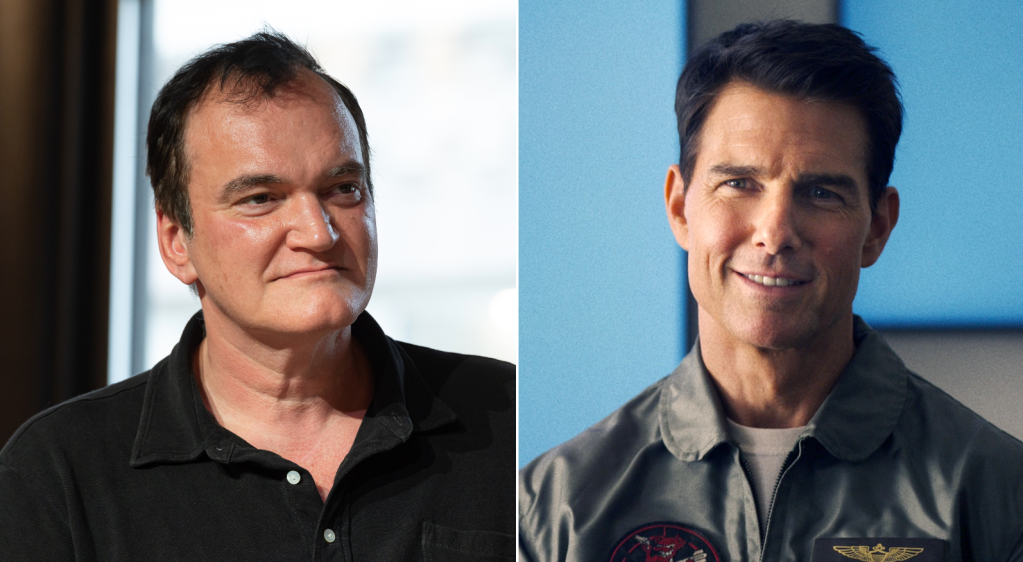 Count Quentin Tarantino as one of the millions of moviegoers who fell in love with “Top Gun: Maverick” this summer movie season. The director stopped by the ReelBlend podcast this week and had nothing but raves to share about the Tom Cruise sequel.

“I fucking love ‘Top Gun: Maverick.’ I thought it was fantastic,” Tarantino said. “I saw it at the theaters. That and [Steven] Spielberg’s ‘West Side Story’ both provided a true cinematic spectacle, the kind that I’d almost thought that I wasn’t going to see anymore. It was fantastic.”

Tarantino has long been an outspoken admirer of Tony Scott, who directed Cruise in the original “Top Gun.” Scott also directed “True Romance” from Tarantino’s script. The director passed away in 2012. According to Tarantino, the “Top Gun” sequel was as close to a Tony Scott movie as moviegoers will ever get now that the director is no longer with us.

“There was just this lovely, lovely aspect because I love both Tony Scott’s cinema so much, and I love Tony so much that that’s as close as we’re ever going to get to seeing one more Tony Scott movie,” Tarantino said. “[Director Joseph Kosinski] did a great job. The respect and the love of Tony was in every frame. It was almost in every decision. It was consciously right there, but in this really cool way that was really respectful. And I think it was in every decision Tom [Cruise] made on the film.”

Tarantino reiterated, “It’s the closest we’re ever going get to seeing one more Tony Scott movie, and it was a fucking terrific one.”

One small gripe Tarantino had with the movie was that the emotional reunion scene between Cruise and Val Kilmer was “almost too cheap.” Yet the director added, “But it absolutely works. It’s a bit like Charlie Chaplin dying on stage for the last scene of ‘Limelight’… but it fucking works. You’re waiting for it and the fucking scene delivers.”

Elsewhere on the ReelBlend podcast, Tarantino called Spielberg’s “Jaws” the “greatest movie ever made.”

“Maybe not the greatest film. But it’s the greatest movie ever made,” the director said. “And then there are other movies that can get in its rarefied air. But as far as a movie, there’s no making it better than ‘Jaws.’ There’s no ‘better’ than ‘Jaws.’ It is the best movie ever made. And it shows how badly timed most movies made before ‘Jaws’ were.”

“Top Gun: Maverick” continues to play in theaters nationwide. The movie has earned $653 million and counting at the U.S. box office, plus $1.3 billion worldwide.