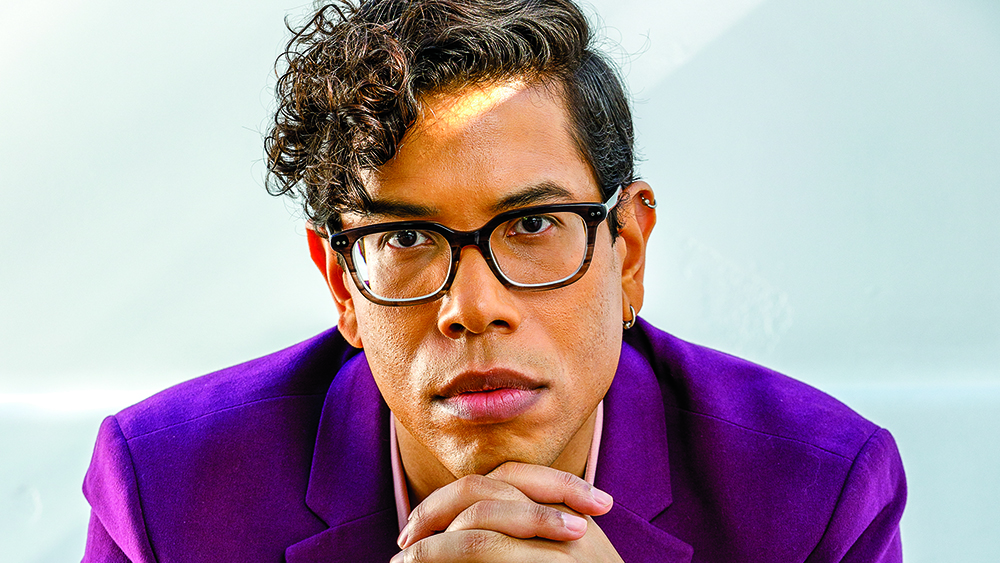 “Pose” co-creator Steven Canals was honored at The Norman Lear Center’s 2021 Sentinel Awards for the series’ accurate depiction of the HIV/AIDS epidemic amongst the LGBTQ community.

“This is a story about the Black and Brown LGBTQ+ community living and dying of HIV/AIDS,” Canals said.

With four Emmy wins, “Pose” follows New York City’s African American and Latino LGBTQ ballroom culture scene in the 1980s through the late 1990s. “Struggling with poverty and addiction, and battling economic disparity — it’s not your typical late night fare, but what an honor it has been to shine a light on our oft forgotten history,” Canals said. “‘Pose’ is legacy work, and the cultural significance and contributions of our forebears, who in the early days of the HIV/AIDS epidemic, with no resources, no support from the government and a lack of access to quality medical care, still managed to forge a way out of no way. They should not, and will not be overlooked.”

The FX series has had a lasting pop culture impact, with conversations surrounding inclusion and visibility among trans women and men of color, and a cultural deep dive into LGBTQ subculture.

“From their stories we have all learned so much more about love, family and resilience,” Canals said. “And I am so proud that through ‘Pose,’ I, along with all of my collaborators, centered and highlighted how we collectively fought for our own rights during the height of the AIDS crisis and how we collectively continue to shift the way that the world sees us.’

At last year’s Sentinel Awards, “Pose” was recognized for its “In My Heels” episode.

“As I said last year when I received this honor, regardless of your status, your life matters, your story matters,” Canals said.

Canals thanked the community for which the show is based: “And thank you to the ballroom community for trusting us to tell your story.”