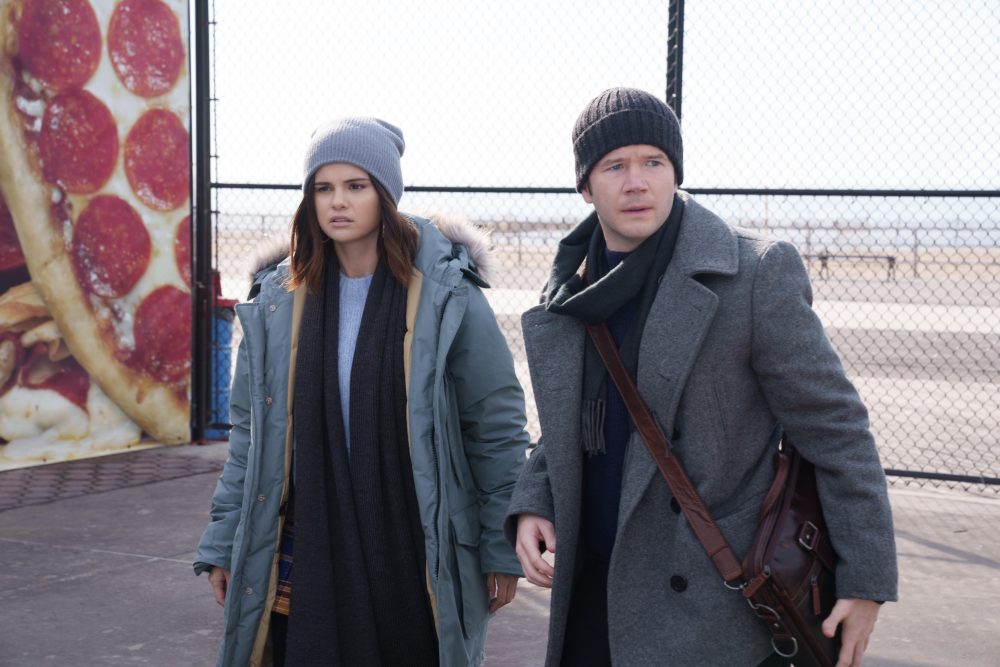 “Only Murders in the Building” cinematographer Chris Teague got a chance to step behind the camera to direct two episodes of the Emmy-nominated Hulu series.

According to showrunner John Hoffman, the episodes had “two of the biggest visual challenges in them”: one dealt with a blackout and the other James Caverly’s character Theo going to Coney Island.

Here Teague talks about how he frames the show’s true-crime-obsessed heroes Mabel (Selena Gomez), Charles (Steve Martin) and Oliver (Martin Short). He also discusses how he approached his directorial episodes and going deep into the secret passageways of the Upper West Side residency the Arconia.

Can you talk about the visual transition from Season 1 to Season 2? Our leads have been established, but there’s a new crime to solve and new sets, so how did you approach that all?

It is a real challenge for any series to stay fresh in a second season. I think the way the show does it incredibly well is in how it explores characters that we’ve been introduced to in the first season, but it goes deeper with them and shows a different side to them.

Our showrunner John Hoffman worked hard to create new circumstances and new places to explore within our existing world that added new layers to the mystery.

Talk about your framing ideas when the trio is together versus alone.

We had so many different ideas for framing. One that we established in the first season and we tried to bring into Season 2 was this idea of when our trio, Mabel, Charles and Oliver, are really firing on all cylinders and putting the pieces together, we try to design a circular camera movement that showed their unity and the excitement of them breaking open a new clue. So that was fun to design.

There’s also the recurring theme of recording the podcast on the stage and Oliver’s apartment and there are several instances where we do a fun circular camera movement where we start with one character, then we introduce the second character and introduce the third.

At the end of Season 1, we start with Tim Kono speaking into the microphone and then we circle him, and we match cut to Charles and complete the circle on him as the monologue finishes. So that was one element we used to create this sense of energy, drive and unity among the hero characters.

What can you tell us about your lighting choices?

We get into the really fun stuff. The most fun and the most challenging sets to work in were the sort of secret passageways in the back of the Arconia. We talked about how this space should look and feel. For those, we wanted that to feel as real and claustrophobic as possible. So we squished the passageways down. There’s almost nowhere to hide lights in that space. We created cracks and pockets sneaking light into the plasterwork. That gave us opportunities to push the ambient light through.

You talked about new sets and one we see is Bunny’s apartment.

From a cinematography standpoint, it was so great to work in because there are all these different layers, hallways and little nooks and crannies. That gave lighting opportunities for depth, texture and color. We also had stained glass to work with, it allows you to change up the look throughout the season and vary things. We got to do a very cool noir ShadowPlay effect on the ceiling.

You also got to direct two episodes, seven and eight, right?

How did you approach the blackout in episode eight?

I worked with the team and we looked at all the different ways we’ve seen that look represented in film. One of the main things we determined was where the direction of light is coming from — where you typically don’t expect it to.

We had to give the impression that there are no lights on. So I was very careful in terms of what we were framing in every shot to give us something that looked like a beautiful frame and something that would look good with the lights off. That’s where my background as a cinematographer came in handy.