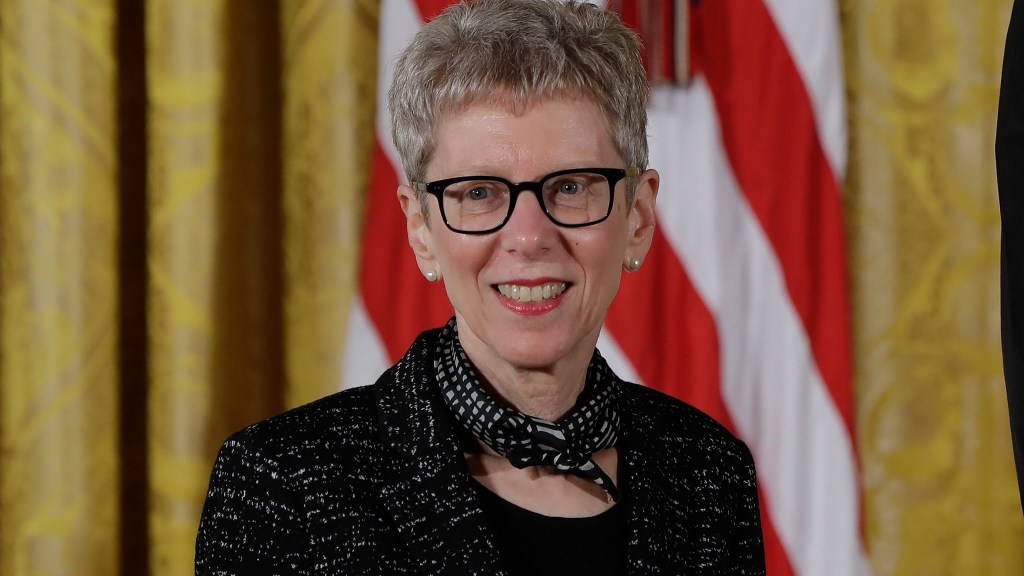 The annual Institutional Award is presented to institutions and programs for their body of work and their impact on the media landscape. The honoree is selected by the Peabody’s Board of Jurors, and presented ahead of the regular announcement of this year’s 30 Peabody Awards winners.

Gross and the team behind “Fresh Air” were presented with the award by “The Late Show” host Stephen Colbert, who introduced a sizzle reel of notable interviews that Gross has done with figures such as Ray Charles, Gene Robinson, Maurice Sendak, Lynsey Addario and Lin-Manuel Miranda.

“There’s nothing out there quite like ‘Fresh Air With Terry Gross,’” Colbert said during his introductory speech. “This NPR stable is where many of us go for some of the most insightful interviews anywhere. Over the decades, it’s become a place where artists, musicians, actors, directors, playwrights, authors, poets, showrunners, talk show hosts open up about their work, their process and their life.”

Gross accepted the award with her longtime co-executive producer Danny Miller. During her speech, Gross thanked Miller for his work producing the show daily, the guests who have appeared on the show, and the larger “Fresh Air” team who are responsible for making the program possible.

“We do a daily show, and not every episode is exactly worthy of an award,” Gross said in her acceptance speech. “Good or bad, as soon as the show is over, it’s time to think about tomorrow’s episode. The Institutional Peabody Award is especially meaningful because it recognizes our show for the totality of episodes, our larger body of work and the efforts of our whole team.”

“Fresh Air” was first broadcast in 1975 as a local program on Philadelphia public radio station WHYY. In 1985, the show begin syndication through National Public Radio stations, and retains a high listenership to this day. The series features Gross, as well as other interviewers, speaking to artists and notable public figures. Before receiving the Institutional Award, “Fresh Air” was a recipient of a 1993 Peabody honor.

In addition to the Institutional Award, the Peabody Career Achievement Award was presented by Dolly Parton to broadcast journalist Dan Rather on May 19. The 30 Peabody Award honorees will be announced from June 6 to June 9.