The Federal Government has commenced Startup programme to build entrepreneurial spirit in youths, unemployment and prepare them toward self-sustaining activities rather than be job seekers.

The Special Assistant to the Vice-President on Innovations and Entrepreneurship, Ife Adebayo, made the disclosure in an interview with newsmen in Abuja.

He said the programme would involve training of youths in innovation and technology among others, starting from the North-Central and South-East region of the country.

The Vice-President’s aide said the overall objective of the programme was for the Federal Government to galvanise social and economic activities to boost the economy.

This is one of the cardinal objectives why the Federal Government engaged the private sector participants, to support companies that would boost the economy in their regions.

‘’One of the best ways we can accelerate our exit from recession is to support companies to do much more than they are currently doing,’’ Mr Adebayo said.

‘’Start-up Nigeria, is a programme that focuses on innovation, agriculture and technology, everybody involved in innovation, technology and agriculture, within the two regions, will be supported to achieve his or her objectives.

‘’Globally, it is known that people who work in start-up organisations end being employers of labour, and build their businesses from the ideas they got from such ventures.

’The start-up programme fully supports President Muhammadu Buhari’s goal and zeal, which stress the need to have more employers than job seekers in the country.

‘’Beyond the direct impact in the collaborative effort will have on the participating private companies, there are a lot secondary and tertiary impact on the nation.

“This is because as government reaches out to a lot of startups, they will in turn train more people on entrepreneurial skills and employ others,’’ he said.

Mr Adebayo said the startup would be funded from the N500 billion, Federal Government fund earmarked for the implementation of social investment programmes. 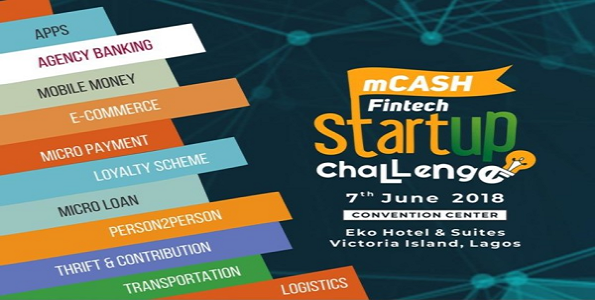