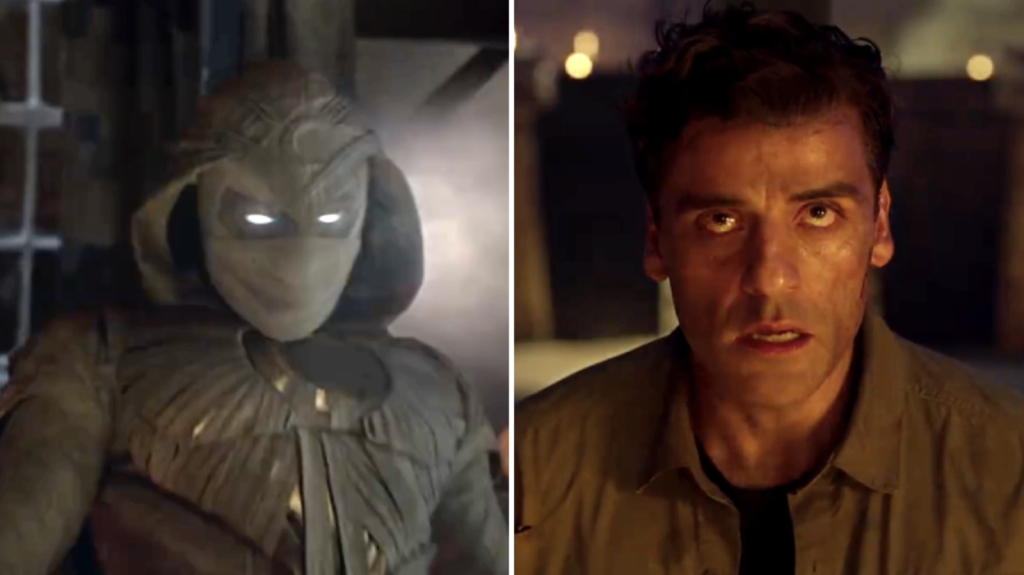 Marvel Studios unveiled the first trailer for its Disney Plus series “Moon Knight” on Monday night, officially launching the 2022 slate for the Marvel Cinematic Universe.

In “Moon Knight,” premiering on March 30, Oscar Isaac plays Marc Spector, an ex-soldier with a profound case of dissociative identity disorder that manifests as fully distinct individuals. He becomes the conduit for the Egyptian moon god Khonshu, which only further exacerbates Marc’s anxiety over his mental illness.

In the trailer, set to Kid Cudi’s “Day ‘n’ Night,” Marc can’t tell the difference between his normal life and his dreams. He plays with a Rubik’s cube, unable to fall asleep, only to jump out of bed in a panic with his foot chained to his bed — though he seemingly forgets he was the one who restrained himself the night before. After visiting a museum on ancient Egypt, he sees a vision of Khonshu and later meets Ethan Hawke’s villain, a cult leader who encourages Marc to embrace the darkness within himself. The trailer ends with Marc being enveloped by the Moon Knight costume and a shot of him brutally beating someone up on a bathroom floor.

Unlike all of Marvel Studios’ previous series for Disney Plus, which were based on existing characters from the company’s pre-2019 feature films, “Moon Knight” charts a brand new path, with a totally new set of characters and a storyline that has no clear initial connection to the MCU. Making his Marvel comics debut in 1975, Moon Knight initially had superpowers based on the phases of the moon, but more recent iterations have kept his abilities mortal, aided by sophisticated gadgetry. That has drawn comics fans to compare the character to the DC Comics superhero Batman.

Watch the full trailer below: