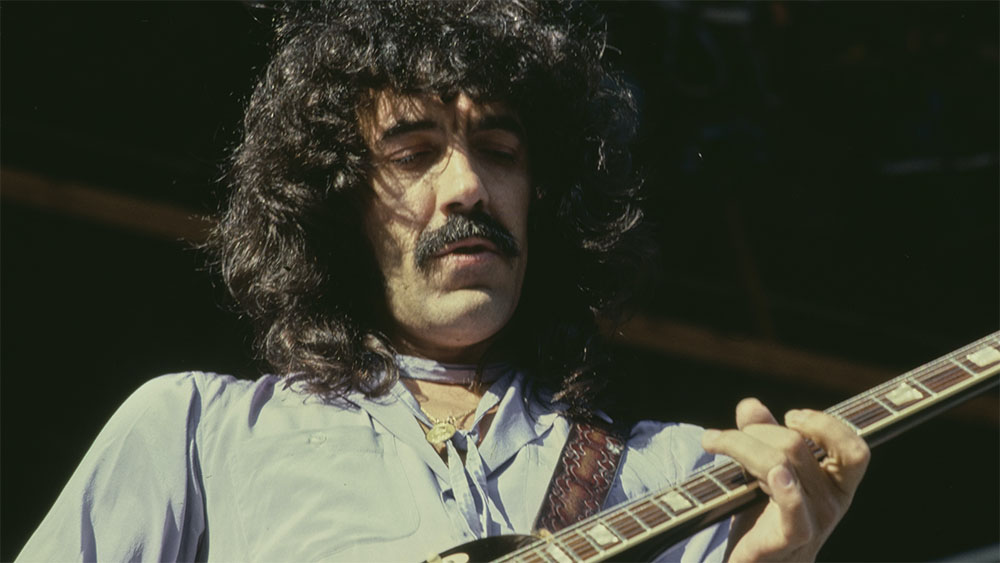 Manny Charlton, founding guitarist of the Scottish hard rock band Nazareth and producer of Guns N’ Roses early demos, has died, according to a post from his grandson. No cause of death was cited; he was 80.

He was Nazareth’s guitarist, producer and co-songwriter from the band’s formation until 1990, performing on the band’s most successful albums, notably 1973’s “Razamanaz” and 1975’s “Hair of the Dog.” The latter album went platinum in the U.S. and featured the group’s biggest hit, a dramatic cover of “Love Hurts,” originally made famous by the Everly Brothers, that reached the top 10 of the Billboard Hot 100. The group also scored a later, lesser hit single with 1980’s “Holiday.”

In 1986, Guns N’ Roses singer Axl Rose reportedly wanted “the guy who produced Nazareth’s ‘Hair of the Dog’” to produce the band’s debut full-length. Charlton ended up recording some 25 songs with the band at Los Angeles’ legendary Sound City studio — all of which have been bootlegged and some of which were officially released as B-sides or bonus tracks — but bowed out of producing the album due to commitments with Nazareth. The album, which was ultimately recorded with producer Mike Clink, sold an estimated 30 million copies globally and became the biggest-selling debut album of all time. GNR recorded “Hair of the Dog” for their 1993 all-covers album “The Spaghetti Incident?”

While he was born in Spain, Charlton’s family emigrated to Scotland when he was a child, settling in Dunfermline. He played with several local bands in the 1960s, including one called the Shadettes who changed their name to Nazareth in 1968, inspired by the lyric from the Band’s classic song “The Weight.” The group developed a gritty and distinctive sound, with Charlton’s blues-inspired guitar, Dan McCafferty’s powerful, sandpaper vocals — which were a major influence on Axl Rose’s style — and bassist Pete Agnew’s high harmonies, which brought the band a melodic flair rare for hard rock bands of the era.

The group gained momentum in 1971 on a tour opening for Deep Purple — the band’s bassist, Roger Glover, would produce several early Nazareth albums — but Charlton took the helm for “Hair of the Dog” and remained in that role until 1983. Nazareth toured and recorded heavily throughout the ‘70s and ‘80s, releasing some 17 studio albums during his tenure with the band.

He released nearly as many solo albums after leaving the group in 1990, including 2014’s “Hellacious,” which featured guest appearances from original GNR drummer Steven Adler, Def Leppard/Dio guitarist Vivian Campbell, Vanilla Fudge’s Tim Bogert and others.

In a 2012 interview cited in Blabbermouth, Charlton looked back with some puzzlement on the fact that “Hair of the Dog,” the first album he ever produced, was a platinum-selling success and broke Nazareth in the U.S.

“What that album did was set the band up for American success forever,” he said. “Looking back, I’m still trying to understand why it was so successful. I’ve come to the conclusion that it’s all about the attitude of the songs, performances and the rawness of the production. This was the first album that I produced for the band. Beginner’s luck, you might say.”