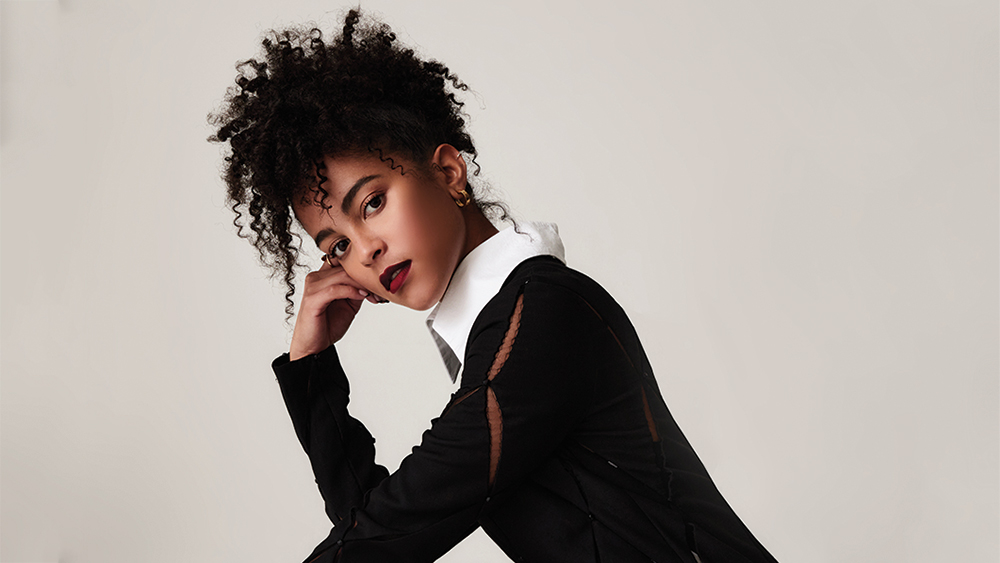 Boasting a culturally diverse background encompassing Zimbabwe and Spain, Lou Llobell had a peripatetic childhood that took in both of those countries and South Africa before she moved to the U.K. After drama school, pausing only to serve as Tessa Thompson’s stand-in in “Men in Black: International” (2019), Llobell acted in sci-fi film “Voyagers” (2021) before landing the central role of Gaal Dornick in showrunner David S. Goyer’s epic adaptation of Isaac Asimov’s cult science-fiction book series “Foundation” for Apple TV Plus.

In “Foundation,” you play a character that moves from the rural planet Synnax to Trantor, the capital of the galactic empire. Did moving around so much in your childhood help toward realizing the character?

For Gaal, it’s her first time leaving her home world. I remember how distraught I was when I left Spain, which was my home, to move to South Africa. I had to leave my friends and my family, not in the same way, but I guess there are a lot of similarities. It definitely helped having had that experience before, to draw from that.

The character of Gaal Dornick in the books is written as male, whereas in the series it was rewritten to be a woman.

I personally don’t think that it changes anything about the character. This character would be the same if it were a man or any other race. That it’s a woman of color, it gives a bit of strength and a bit of difference for a role like this in a sci-fi epic — you don’t see it very often. And it’s important. I’ve already gotten so many messages from so many people that have watched the show saying how happy they are to see someone that looks like them in a role like that. I didn’t get to see very many people like me in shows or films like these growing up. So, I’m happy to be able to be someone who people can look at — look up to see themselves — and represent a whole group of people that maybe haven’t been represented in this way before.

In light of the Black Lives Matter movement, what do you think are the opportunities for someone like yourself today?

I’ve been able to benefit from everyone who’s come before me. But the struggle is not over. Things are easier. I do believe that there’s a lot more opportunities for people like me, but there should be more opportunities for people like me and people of darker skin colors and people from Asian backgrounds as well as LGBTQIA backgrounds, transgender people, non-binary people. All these things I think are still in the works. We’re not there yet. And I don’t know when we’ll get there. But hopefully we will.

Ultimately, representation shouldn’t be a question anymore … unless the story needs it to be a specific skin color, specific cultural background and a specific racial story. But if it’s not about that — if the story is something that could be about anyone — then why couldn’t anyone play that role?

Beyond “Foundation,” what genres are you looking at for your future career?

I don’t mind doing more sci fi and fantasy, that’s great. But I also want to do some indies. For me, what’s important is the story and the scripts. I love reading scripts. I always say to my agent, send me any script that comes through, I will read it. If I connect, I will happily talk, have a conversation. If I don’t, then I don’t. But I think the way things are written and the stories that are told are the most important things to me. And it’s not about relevance, it’s more about if I have a connection with it, if I were to watch it, I’m reading it, can I see myself in that character? Do I think that that’s an important story to tell or an experience that needs to be shown on screen? I think that’s important.