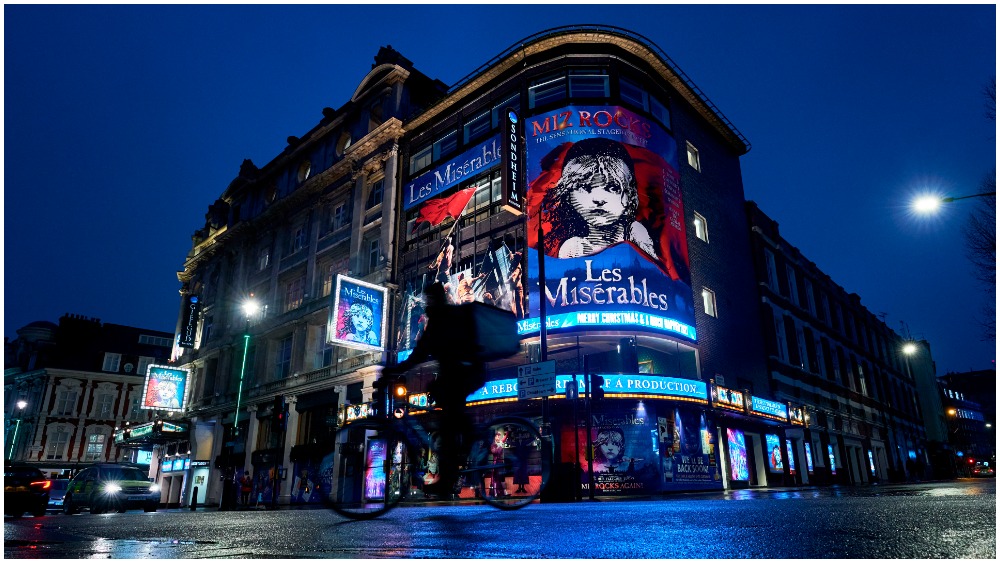 Theaters in London’s West End are getting ready to honor the memory of the late composer and lyricist Stephen Sondheim, who passed away at the age of 91 on Friday.

The theaters will dim their lights for two minutes at 7pm U.K. time on Monday, Nov. 29.

Julian Bird, chief executive of the Society of London Theatre and U.K. Theatre, said: “The theater world is a smaller place after the passing of Stephen Sondheim. His legacy of extraordinary shows and songs will live on for many generations to come — but now, we pay tribute to his outstanding contribution to our theater and celebrate his talent.”

Sondheim’s shows, from the comedic “A Funny Thing Happened on the Way to the Forum” to the ground-breaking “Company” to the operatic “Sweeney Todd” to the experimental “Pacific Overtures,” transformed the Broadway musical stage, influencing and advancing the medium. He won seven Tony Awards and a 2008 Special Tony Award for lifetime achievement in the theater.

On the occasion of Sondheim’s 90th birthday, the Queen’s Theatre in London was renamed the Sondheim Theatre in his honor.

While encomiums for the departed musician continue pouring in from the U.S., the world of U.K. theater has also paid rich tribute.

“Farewell Steve, the musical theatre giant of our times, an inspiration not just to two but to three generations. Your contribution to theatre will never be equalled,” tweeted “Cats” composer Andrew Lloyd Webber on Friday.

Farewell Steve, the musical theatre giant of our times, an inspiration not just to two but to three generations. Your contribution to theatre will never be equalled. – ALW

Mackintosh has opened a condolence book at the Sondheim Theatre. Sondheim aficionados are laying flowers at the venue in his memory.