After nearly a year of detective work, researchers have identified the young girl in a casket that was discovered in the back yard of a San Francisco home in May of 2016.

A contractor doing remodeling work uncovered the casket while excavating part of the back yard. The casket was made of metal with two viewing windows in the lid. It was tightly sealed, thus preserving the body of the girl, according to officials.

Researchers identified her as Edith Howard Cook, the daughter of Horatio Nelson and Edith Scooffy Cook. She died on October 13, 1876, at 2 years old.

Peter Cook, who was identified as a direct descendant of the Cook and Scooffy families, provided a DNA sample. The analysis was the final step in solving the mystery of the young girl, who was nicknamed “Miranda Eve.”

She was buried in the family plot in the Yerba Buena section of Odd Fellows Cemetery, which later became the site of residences in San Francisco’s Lone Mountain neighborhood. The cemetery accepted burials until about 1902. All of the remains were exhumed and transferred to Greenlawn Cemetery in Colma but for unknown causes, the body of Edith was left behind.

Funeral home records indicate the cause of death was “marasmus,” a term used in the 1800s for severe undernourishment, which could have had a number of underlying causes. Researchers say given what is known today about 1800’s urban living, an infectious disease is the most likely cause of her marasmus.

The footsteps have no logical explanation. Workmen have heard them too. It has gone on for years until the discovery of a coffin with a little girl from the 1800s inside. With that coffin gone, the Karners say they haven’t heard footsteps at all.

Take a good, long look at the Odd Fellows Cemetery on Rossi Avenue in San Francisco.

“So she was right here,” said Ericka Karner, pointing to the spot in her back yard where workmen discovered a small, expensive coffin. “It was a whole series of things…she’s buried here. What do you do? And what do you do that is right for this child?”

As news of the discovery spread, Garden of Innocence National, which provides dignified burials for abandoned children, gave her the name Miranda Eve and etched “The Child Loved Round The World” on her new tombstone in Colma’s Green Lawn Cemetery.

On Tuesday, after DNA research, Elissa Davey from that organization now knows the child’s birth name — Edith Howard Cook. And, they learned how she died by examining strands of her hair they learned how, in 1876, she died from a protein deficiency that would have been curable today. 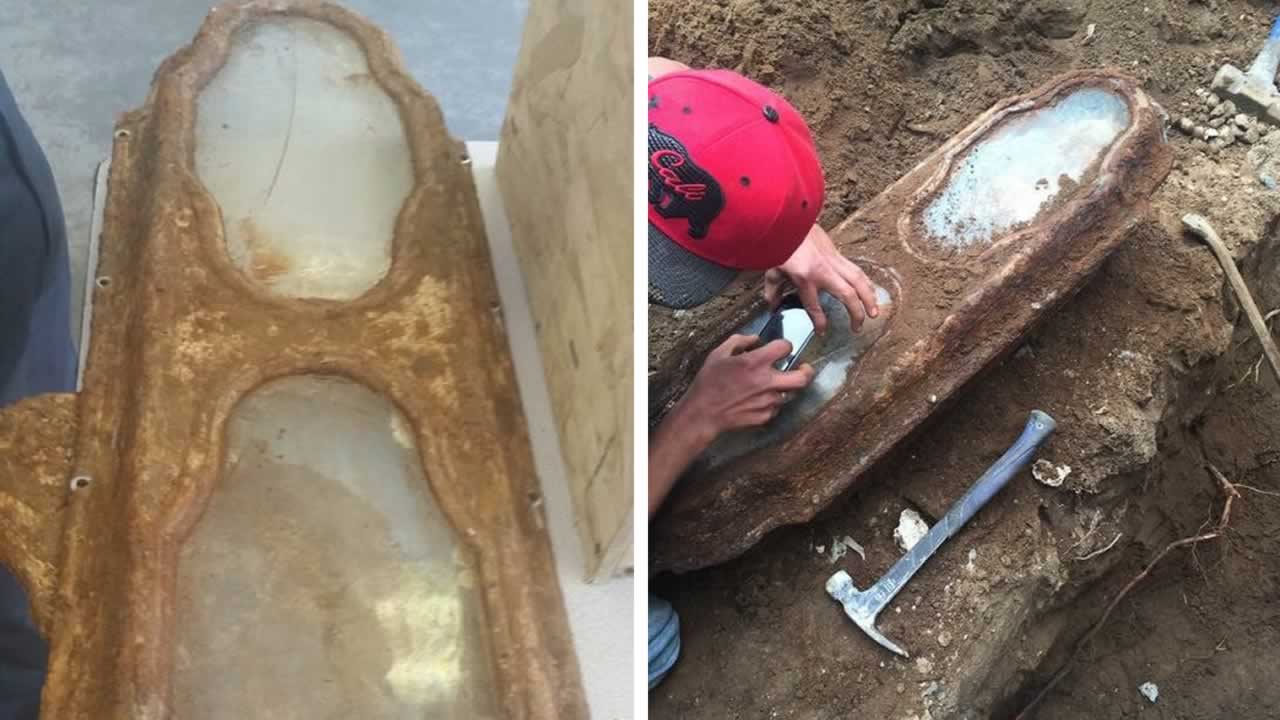 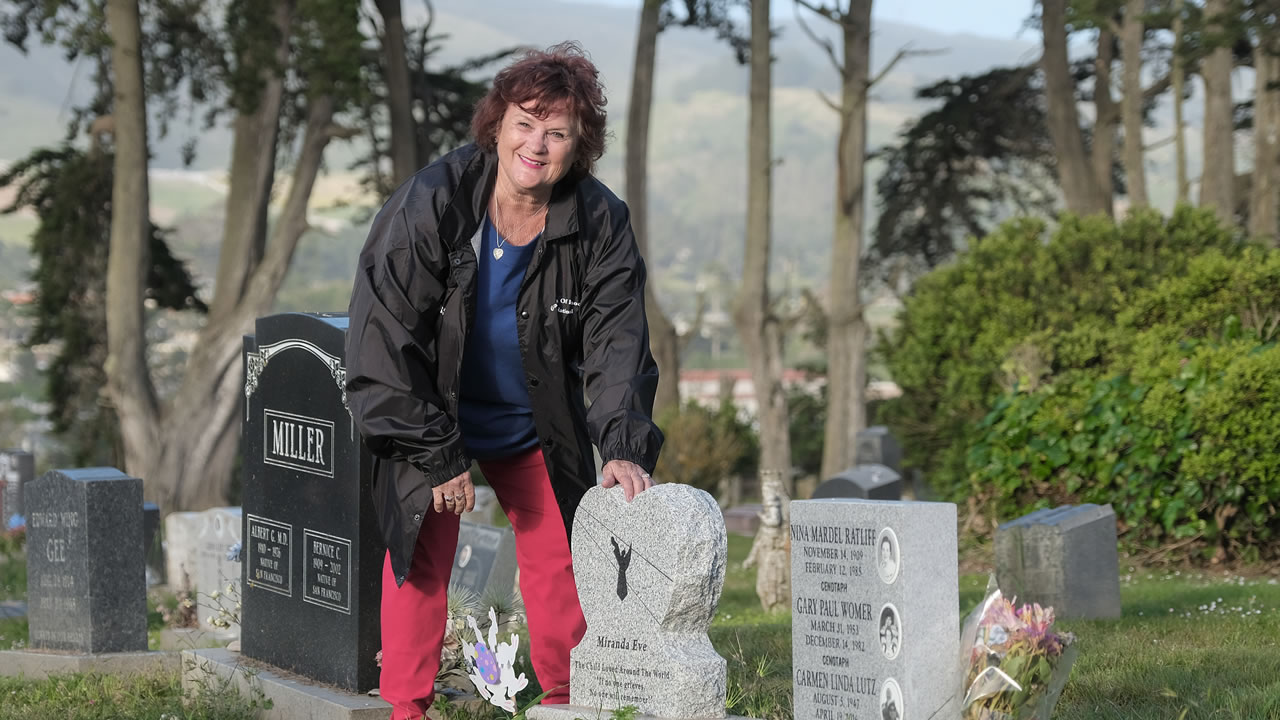 “We just fell in love with her and wanted her to have her name back. She deserved that,” Davey told ABC7 News.

Back on Rossi Avenue, that information touched Karner and her husband John, who have two daughters of their own and feel a kinship with the found little girl.

“When we discovered her we thought, ‘That could be my little girl,'” John Karner said.

“There was a lot of emotion as a mom,” Ericka Karner, his wife told ABC7 News.

But there is a twist, the Karners said they heard the sound of footsteps on the floor above them.

“We know very well what a toddler sounds like, and it wasn’t our kids,” Ericka Karner said.

The footsteps have no logical explanation. Workmen say they heave heard them, too. It has gone on for years until the discovery of the coffin. Now the strangest part — with that coffin gone, the Karners say they haven’t heard footsteps at all.

In life, death and for eternity — little Edith Howard Cook will always be 2 years, 10 months and 15 days old.