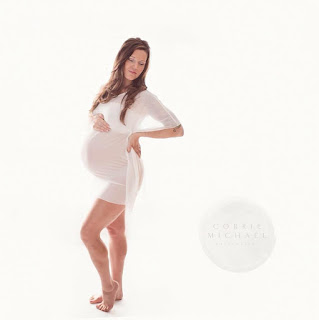 The first step in making love to a pregnant woman to set the mood. You need to do this subtly because a woman’s mind-reading powers are only enhanced by the second brain growing in her uterus. Try drawing your spouse a bath and telling her to go take some time for herself. Grab whatever child-themed bubble bath you currently have stocked for your other children or yourself and fill it up. Don’t be stingy because this is no time to skimp. You’re aiming for a bubble apocalypse here, a level of foaming that would sexually excite a doomsday prepper.

Once you’ve coaxed your pregnant spouse into her bubble wonderland, leave the room. As you exit, casually mention that you’re going to get started on a random household task. Preferably it’s something that she’s been asking you about for weeks, or one of her own weekly tasks that she dreads. Maybe it’s fixing a running toilet. Or laundry. Or vacuuming. Maybe you’re just going to wash your own coffee mug for once. Whatever it is, go do that and at least two more equivalent tasks until 30 minutes have passed. Your spouse should be nice and relaxed now.

Now, reader, pay attention because this is where it gets hot.

Gently knock on the bathroom door and ask your spouse if she needs anything. Don’t tell her about the wonderful things you’ve been up to so far, but DO tell her that you’ve got a surprise for her when she’s ready. Wink if you want to add an air of creepiness, but refrain from pointing at your crotch and thrusting.

After she gets out of the bathtub and dries off, tell her to lie down and get comfortable. She may be getting suspicious at this point, which is normal, especially if you disobeyed my crotch-pointing instructions. Don’t panic. If you think your spouse may be fleeing the room, sit her down and grab her foot. Start rubbing. Rub some more. Rub her feet like you’re trying to excise a cramp from LeBron James’ foot in game seven of the NBA Finals. If you’re any good, she’ll lie back and start moaning. That’s a good thing. Here’s where you make your move, Casanova.

At the precise second your foot rubbing has melted your spouse into a euphoric blob, disclose the honey-do list you spent the last 30 minutes completing. Start small and build it up, starting with how you emptied the dishwasher. Don’t forget to keep massaging the pregnancy out of her feet. She won’t even know what’s happening until you drop the bomb that you finally patched up the hole in the wall from the Great Taebo Incident of 2012, which should send her into a climactic frenzy of Harry-met-Sally proportions.

Congratulations. You have just made love to a pregnant woman. Behold the near-comatose spouse in front of you and bask in the satisfaction that you, and you alone, made that happen.

“But wait,” you might be saying. “You were supposed to tell me how to have sex with my pregnant spouse.”

No, what I actually said was I’d tell you how to make love to your pregnant spouse. That doesn’t always mean sex, but here’s a consolation prize: There will come a day after the baby arrives that your spouse will remember that time you told her to take a bath, rubbed her feet and HGTV’ed your way around the house like a sexy Bob Vila. (Or just regular Bob Vila, if that’s her thing.) She’ll be so overwhelmed with gratitude that she’ll want to repay you in kind. And then it will be her turn to make love to you.