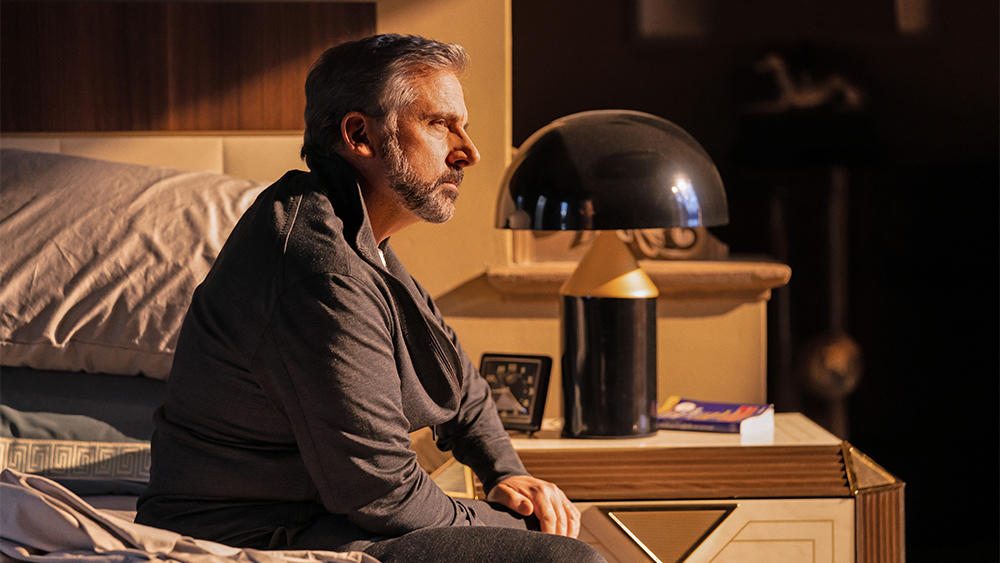 SPOILER ALERT: Do not read if you have not watched “La Amara Vita,” the seventh episode of Season 2 of “The Morning Show,” streaming now on Apple TV Plus.

After the sexual harassment and abuse allegations against UBA anchor Mitch Kessler (Steve Carell) came to light in the first episode of Apple TV Plus drama “The Morning Show,” he lost his job and eventually his family. In the second season, he lost his life.

The decision to kill off Mitch was because his story had effectively run out, showrunner Kerry Ehrin tells Variety. She did not see him attempting to claw his way back to a media job after all that had happened, for example. But, she says, originally his ending was “a lot more ambiguous on the page.” It was Carell, she notes, who “pitched the idea that it was a more active choice, which I thought was really interesting from someone who was really inside the character.”

Mitch put himself in isolation in Season 2 — in a villa in Italy — but ended up making a new, important connect in an aspiring filmmaker (Paola, played by Valeria Golino). While helping her shoot a documentary, he ended up sitting down for an interview himself and getting back to himself a bit. He also had a chance to find closure with his former colleague, best friend and one-time lover Alex Levy (Jennifer Aniston) when she flew across the world to confront him in the seventh episode of Season 2, titled “La Amara Vita.”

“We were fortunate to film most of this episode in sequence which allowed Jen and Steve to have a genuine flow of emotional continuity. We shot with three cameras to capture every bit of nuance. They pretty much stayed on script, except for one incredible moment: After Alex reveals that she thought she might be pregnant, but was just late, Steve and Jen just held onto each other. The moment was so intense and powerful, and then Steve decided to break the moment with dancing in a way that felt joyous and dangerous. Carter Burwell, our composer, wrote an incredible piece of music to enhance the feeling that danger is coming,” reveals executive producer and director Mimi Leder.

At the end of the extremely emotional and raw conversation between Mitch and Alex, Alex just wanted to get to the airport and fly home, while Mitch fell into bed with Paola. Both wound up on a long, dark road in the middle of the night — she driving to the airport, he driving to pick up cigarettes — and when a car in the other lane blinded Mitch with its headlights, he ended up heading toward the edge of a cliff. Instead of swerving, he lifted his hands off the wheel and closed his eyes, letting the accident happen.

Leder shares that they did film alternate versions of the ending, including one that reflected the more ambiguous tone of the script. The decision to use the one where it was Mitch’s choice was because it “just felt right,” she says. “Surrendering to his fate, it felt more poetic to me. His last thoughts are of Alex — the way they were.”

Despite a few lighter moments with Paola — including when she tempts “Mitch into thinking he maybe can redeem himself,” Leder notes — Mitch has been in a “horribly dark place emotionally.” She and Carell spent time discussing how Mitch is “completely broken” and how his “struggle is that horrible things have taken place that cannot be undone.” Although there were moments with Alex where he hoped things could go back to the way they were for them in the past — or more simply that “Mitch desperately wants her to feel them to know that he really is still alive, that he still has a chance to be a person someone could love,” Leder says — “Mitch and Alex both realize they can’t.”

“When he is alone in the car, his dark thoughts take over. There is nowhere for him to go. He is trapped in the consequences of his actions. They will never go away,” she continues.

Leder and editor Sidney Wolinsky wanted to create a sense of tension and impending danger for both Alex and Mitch in that driving sequence. They are both under duress and navigating unfamiliar roads. Leder says cutting back and forth between the two was meant to spark questions for viewers. “Are they on a collision course? Will they escape each other? Will they escape this life? You can read all sorts of things into this sequence,” she says.

The second season of “The Morning Show” takes place during the early months of 2020, when COVID-19 is just starting to claim lives. Mitch and Paola were exposed to the virus during one of their documentary interviews, which led to them isolating together. But the fatal realities of COVID-19 are “tough” to depict, Ehrin says. So although she knew she was going to kill Mitch off this season, she opted to go with a different cause of death.

“The reason I held back was because I didn’t want it to feel like I was gratuitously killing someone. It’s such a real tragedy for the world right now, and so it was very tricky to walk that minefield of what’s right and wrong in telling the [COVID] story, so I guess I felt like that would have been exploitative,” Ehrin says.

Having Mitch die from injuries suffered in a single-car accident also opened more story avenues for the end of the season.

“In the [writers’] room we had been excited about the idea of going from this very interior story of Alex facing Mitch in Italy and then going to a very exterior version in the news room where everyone was just dealing with the job of confirming and reporting the death of a celebrity or notorious person,” Ehrin says. “It seemed really interesting to set it in the framework of the business of it, but that all of these people were having their complicated reactions to it while trying to do their job.”