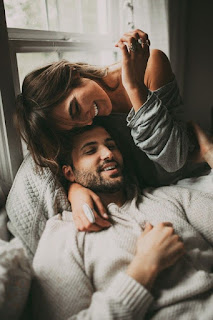 Shockwave therapy uses energy from acoustic waves to trigger a process called neovascularization in certain parts of the body. When neovascularization occurs, new blood vessels form. This helps improve blood flow to the region.
This type of therapy has been used to help heart patients, people with kidney stones, and those with fractures and joint inflammation. Recently, scientists have investigated low-intensity shockwave therapy to help men with erectile dysfunction (ED).
Blood flow is critical to a man’s erections. When a man is sexually stimulated, arteries widen so that his penis can fill with blood. The blood is what gives the penis the firmness needed for vaginal penetration. A man who has problems with blood flow to the penis may have weaker erections or may be unable to have erections at all.
There are several types of treatments available to men with ED, including pills, vacuum erection devices, and penile injections. However, these therapies are typically conducted on an as-needed basis and may work for only one sexual encounter at a time. Shockwave therapy is different, as it targets the erectile mechanism so that men are more likely to have erections on their own.
To administer shockwave therapy, a clinician applies a probe to the penis, which is coated in a special gel. Different areas of the penis are usually targeted. Treatment sessions may last for fifteen to twenty minutes. Men usually don’t need anesthesia or experience pain, although they might have a tingling sensation in the treated area.
Clinical trials of shockwave therapy for ED have had encouraging results. The process has been well tolerated by patients. Many men have found that their erections have improved and they are able to have intercourse. Men with more severe ED may still need to take ED medication in addition to having shockwave therapy.
However, shockwave therapy is still considered an experimental treatment. Scientists need to conduct further research to confirm current findings. They also need to learn more about how the therapy works with different types of ED and develop treatment protocols. Such protocols can guide practitioners on the number of treatments needed and the best areas of the penis to target.
Therapy for Erectile Dysfunction Using Shock Wave
Erectile dysfunction, also known as ED or impotence, is a concern for millions of men around the world. The health problem affects men of all ages, but is more common with increasing age. But what is the best way to treat the frustrating sexual dysfunction?
The good news is that erectile dysfunction is treatable. Depending on the cause of the condition, several possible options are available. Extracorporeal shock wave therapy (ESWT) is a relatively new and innovative treatment. The clinically proven method has been used for the treatment of various medical conditions for more than 30 years.
Erectile dysfunction (ED) is a common sexual disorder. Men affected by ED have consistent trouble with achieving and maintaining an erection firm enough to have sexual intercourse despite being sexually stimulated. The condition can have physical or psychological causes. One of the major causes of ED is restricted blood flow to the penis – the amount of blood in the cavernous bodies may then not be enough to cause an erection. This type of ED is called vascular erectile dysfunction.
Gentle pulses improve blood flow
Extracorporeal shock wave therapy has been used for the treatment of vascular erectile dysfunction since 2010. During treatment, low-intensity shock waves are applied to different areas of the penis. This stimulates the creation of new blood vessels in the cavernous bodies and improves blood flow in the penis (and the ability to achieve an erection).
The simple and painless treatment is performed by a specialist. Many patients report a noticeable improvement of their ability to achieve an erection within a few weeks.
Use google enhanced tool to find post via abujarock.com 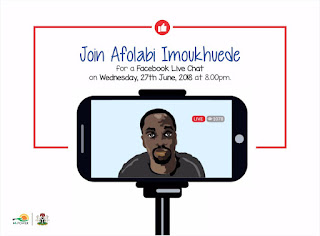