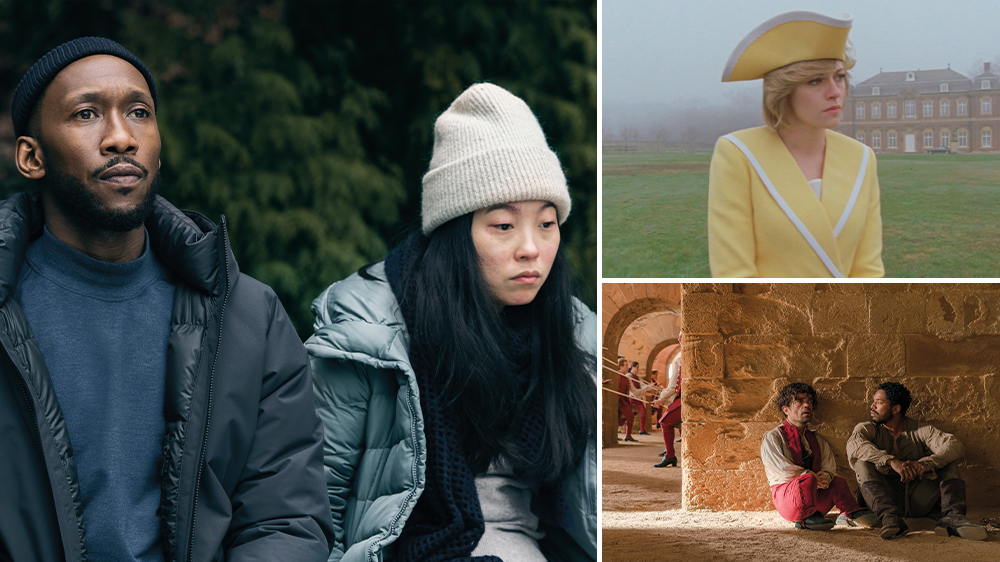 One thing that Hollywood definitely knows how to do is tell a cinematic fairy tale. Whether cut from real life or a work of fiction, filmmakers have long believed that sometimes a story requires bending reality to take flight. In other instances, storytellers have looked to the real world when searching for inspirational tales that feel almost too good to be true. How do our favorite movies inhabit our dream lives, and do our dream lives create situations that might turn fairy tales into nightmares? How do big-screen legends give voices to our most compelling hopes and fears?

“Dune” is an expansive fantasy connected to our current planetary environmental crisis and battles over the legacy of energy sources. Frank Herbert’s 1965 novel was previously adapted for the screen in 1984 by David Lynch, to polarizing reactions from critics and audiences, but over time, it has found a passionate cult following. The newest version, directed by Denis Villeneuve (“Blade Runner 2049”) and released in 2021 to both strong reviews and box office, took a more faithful approach to the original text, while still allowing for new ideas to bubble up to the surface.

“I read the book when I was 14 or 15, and I found it fascinating and prodigious,” says co-writer Eric Roth. “I loved the ecological aspects, and the discussions of prophets. We really wanted to emphasize the feminine nature of the piece, and I think it’s a very mesmerizing film. Denis had a real vision, and I love working with directors who give you the chance to dream.”

And when working with source material that’s both inherently trippy yet grounded in something deeply human the way “Dune” is, the audience is prepared for a cosmic journey with characters who resonate on an emotional level.

“I felt a deep obligation to be faithful to the original text,” says co-writer Jon Spaihts. “Some novels need to be reinvented for the screen, but not ‘Dune.’ The set-pieces, the landscapes, the environments — it was all there. Our goal was to do no harm to the lore of the material.”

The very definition of a modern day fairy tale, “King Richard,” from director Reinaldo Marcus Green, is a real world success story that only happened because the people involved remained fearless in the face of adversity.

“It’s a very improbable American dream story, and I absolutely did see it as a human-scaled fairy tale,” says screenwriter Zach Baylin, who credits his love for tennis as a key to his getting the job. The story focuses on Richard Williams and how he got his tennis prodigy daughters, Venus and Serena, the attention that they deserved. But as the film demonstrated, it wasn’t an easy road to icon status.

“The scene where Richard shows his girls ‘Cinderella,’ that was a real moment from their lives,” Baylin says. “He wanted to show them that nothing would ever be handed to them in the way that it happened in a Disney movie. Richard was a man who was a serial entrepreneur, always trying to make a success out of each business he got into, and nothing ever really took off. As a writer, I could relate to that.”
His “King Richard” script is the first of his many efforts to make its way to the big screen, although the screenplay for “Creed III” will go into production in January.

Ridley Scott’s “House of Gucci” is a true crime story that teaches us that the fairy tale lives we dream of are too often the stuff of nightmares when greed gets in the way. In development for many years, the narrative charts the rise of one woman (Patrizia Reggiani, played by Lady Gaga) who saw a chance to break down old systems, using unscrupulous methods and a killer instinct in order to accomplish her goals.

“I definitely saw the story as a poisoned fairy tale, especially because Patrizia’s character has lost touch with reality,” says co-writer Roberto Bentivegna, whose first produced screenplay was a Ridley Scott production. “We didn’t want to make a clean-cut morality tale, because the piece is really about the corruption of wealth and ambition.”

Writer-director Benjamin Cleary’s stylish feature directorial debut, “Swan Song” seems as if it’s suspended in a permanent dream state, as the thought-provoking narrative centers on a terminally ill man who has a clone made of himself so that he can spare his wife and son the grief of his imminent death. What they don’t know can’t hurt them, and Cleary’s intelligent screenplay wrestles with some great questions about the capacity for human kindness in the face of certain tragedy. “Immediately, I realized that my subconscious was shaping the story, which can be an interesting and important tool for a writer, and it’s worth listening and paying attention to,” Cleary says. “I wanted to show the scope of an entire life and the flashes of beauty that we can experience during our short time on Earth. Where do ideas pop up from? For people who create stories, you quickly identify the things that are important to you, and you build an immediate connection to those creative ingredients.”

The timeless legend of “Cyrano” never goes out of style, and with Joe Wright’s gorgeous new take on the classic story, a new generation will get a chance to discover this unique love story that’s been told throughout the ages. First-time screenwriter Erica Schmidt adapted her own stage musical of “Cyrano,” an experience that she calls “surreal,” and one that happened very quickly.

“It’s a big balancing act, taking something from the stage and bringing it to the screen, and I wanted Roxanne to have more agency,” she says. “I also wondered what would happen if music became the heartbeat for the piece. It’s a beautiful story, and Joe wanted a baroque setting and style, with a heightened sense of language.”

Psychological drama “Spencer” takes an intense look at Princess Diana during a pivotal weekend in her life, exploring her mindset as she decided to leave Prince Charles. The dream-come-true idea of being the one woman to be picked to become a princess is casually shattered by Steven Knight’s highly focused screenplay and Pablo Larraín’s always probing direction, resulting in a work that presents a harrowing view of what many women might feel as a story book moment.

“I did want it to be a fairy tale,” Knight says. “But it’s very dark. Ultimately, all fairy tales are really horror stories. They involve entrapment and pursuit, and this one is no exception. It’s a horror story with a happy ending, and I wanted the audience to enter the mind of a princess who essentially had to escape from a haunted castle.”

He adds that “instead of reading books and watching films and documentaries about Diana, I wanted first-hand accounts from the people who were there that weekend. I wanted to hear about any event, big or small, that might have occurred, which then allowed me the freedom to do what I needed to do as a writer. I wanted to present a Diana who was observing, rather than being observed.”