There’s no doubt about it: Guys are one hard creature to decipher. Especially when it comes to how they feel about women. So how are you supposed to know when a guy likes a girl? What do they act like when they have a crush?

There are 7 tell tale signs that give this information away and we know just what they are!

Keep reading to find out how a guy acts when he has a crush on someone.

They Use Body Language

Body language is super important when it comes to identifying whether a guy has a crush on you or not. It’s the language of love! And his body is going to tell you everything that you need to know about what he’s feeling. Like if you find he is reserved with his body in anyway, it’s likely that he doesn’t care much for you in that way. He will appear closed off, avoid eye contact and definitely prevent any accidental touching that he can. However, there are clear cut signs that tell you he is interested in you.

Smile: Those pearly whites are a golden ticket into his heart. The more he flashes that smile, the more likely it is that he has a crush on you. But we aren’t saying just a smile every now and then. No, he will be smiling goofily all day around you. His goal is to appear friendly and keep an energetic atmosphere around you. Plus, if he’s crushing on you, you probably make him happy and he’s going to keep grinning.

Eyes: Eye contact is huge when it comes to this situation! When a guy likes you, he will make consistent eye contact with you. This is his way of showing you two things: 1. That you have his full attention and he’s listening to what you are saying. 2. He is trying to connect with you on a deeper level. Eye contact helps that.

All in all, if he has a crush on you, all eyes will be on you.

Touch: Remember how we just said that a guy who doesn’t have a crush will avoid accidental or purposely done touching? Yeah, that’s totally true! But when he does have a crush he will not mind an occasional brushing of arms or hand holding. He might place his hand on your shoulder or knee when he is talking to you. Or he might put his arm around you while the two of you are walking. These are positive signs he’s interested in you!

They Try To Make Her Laugh

Does he go out of his way to put a smile on your face? He might have a crush on you! Seeing you happy is his number one goal, because he is trying to woo you right now. He might tell an excessive amount of jokes. Not only that, but he will excessively laugh at any jokes that you might tell. He’s going to do anything and everything to try to impress you at this point! So that includes a lot of laughing all around.

They Spend A Lot Of Time With Her

When a guy has a crush on a girl he will do his best to spend as much time with her as he can. This means he will ask you to hang out all of the time! He enjoys your company and can’t get enough of it! You might also notice he stopped inviting his buddies over to your hang out sessions. Because he wants to be alone with you if possible to bond more together.

They Either Get Overly Nervous Or Much Too Confident

Want to know what really gives a guy away when he has a crush? It’s how he acts when you are around other guys. Does he get jealous? This would be an indicator that he has feelings for you. You might see him get agitated when you are around or flirt with another person in front of him. However, if he doesn’t have a crush he will act pretty nonchalant when the situation arises.

They Get To Know Her

Does he ask you about yourself a lot? Does he want to get to know you on a deeper level? Guys who are not interested will not take the time to ask more than the simple things. But if he has a crush he will act so interested in your life, you would think he was suddenly a reporter doing a story on your life.

They Stop Seeing Other Girls

When a guy has a crush, he will make certain that he stops seeing other girls. Or at least showing interest in them when his crush is around. He will act as if his crush if the only girl in the world and he’s lost interest in everyone around him. You will be the only woman on his mind.

They Try To Make Plans

But not just any plans. He will try to make plans for farther in the future. Say 3 or 4 months down the line. This would be a sign that he doesn’t want you to go anywhere, anytime soon. He will see if you want to join him camping next summer, even though it’s barely winter yet! 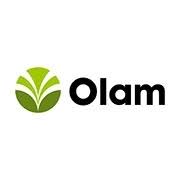