“We both made a commitment for dialogue (and) peaceful resolution to outstanding issues,” Abiy tweeted after the meeting on the sidelines of a summit for the Intergovernmental Authority on Development (IGAD), an eight-member regional bloc for the horn of Africa and neighboring states.

Burhan, who took power after a military coup last year, said the IGAD meeting gave them an opportunity “to take stock of the response” to challenges in the region, but he did not elaborate.

“We are happy to convene in a very short time to discuss matters of great importance,” he said. Sudan’s ruling sovereign council said only that there had been a “closed-door meeting” between Burhan and Abiy.

The longtime dispute between the two countries over the fertile border region of al-Fashqa. The region, which lies close to Ethiopia’s war-torn Tigray, has long been cultivated by Ethiopian farmers but is claimed by Sudan, fueling a surge in tensions that has sometimes turned violent.

Most recently, Sudan said that seven of its soldiers and a civilian were killed on June 22 after Ethiopian forces took them captive on the Sudanese side of the border and then brought them back into Ethiopia. Ahmed’s government has denied responsibilty, blaming the killings on a local militia.

The two nations traded accusations again the next day, with an Ethiopian official saying Sudan’s armed forces had fired heavy artillery in the disputed area. 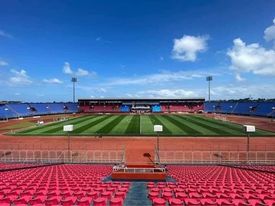