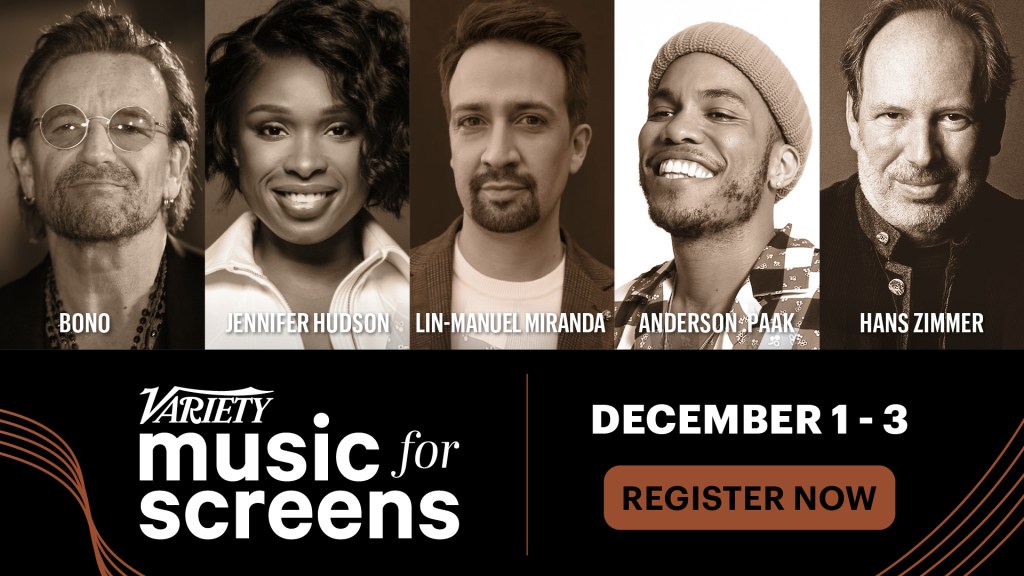 Running from Dec. 1 to Dec. 3, the summit will cover such topics as the revival of film and TV musicals, music in superhero storytelling, music video production and the rise of video games as artist launchpad.

Bono, multiple Grammy Award winner and lead singer for U2, will discuss the making of U2’s original song “Your Song Saved My Life” featured in the film “Sing 2.” He will be joined by the movie’s writer and director, Garth Jennings.

Paak, musician, singer-songwriter, producer and director, will speak about his prolific past year, spanning writing original song “Fire in the Sky” for the film “Shang-Chi and the Legend of the Ten Rings” to his ongoing work with music group Silk Sonic.

Miranda will share his storytelling achievements over the past year, including directing the musical “Tick, Tick … Boom!,” contributing songs for “Encanto” and voicing a character in “Vivo.”

Academy and Grammy-winning Hudson will be joined by musician, producer and tech entrepreneur Will.i.am and singer-songwriter, producer and musician Jamie Hartman to talk about their work on the film “Respect.” Hudson and Hartman are co-songwriters (along with songwriting legend Carole King) and Will.i.am is the producer for that film’s original song “Here I Am (Singing My Way Home).”

Wright will talk about his year in music in film, spanning titles “Last Night in Soho” and “The Sparks Brothers.”

Variety will also honor Hans Zimmer with its inaugural composer of the year award, presented by ASCAP, recognizing his extraordinary accomplishments in 2021, which include composing “Dune” and “No Time to Die.” A Q&A will directly follow about Zimmer’s experiences shaping these films musically.

To see the full agenda and register for the event, visit variety.com/musicforscreensummit.

David Arquette Talks 25 Years of ‘Scream,’ That Shocking Scene and What’s Next

David Arquette Talks 25 Years of ‘Scream,’ That Shocking Scene and What’s Next