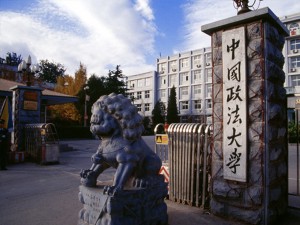 1. Peking University
Peking University is a member of the C9 league which is similar to the Ivy League group in the US and is generally one of the highest-ranked institutions in China.
It was the first modern national university in China, and since its founding in 1898 it has had a reputation as a leading educational institution.
The institution is well-known for its campuses, situated in the Haidian district in northwest Beijing. It is home to some of the capital’s most prominent and recognised gardens and traditional architecture. These include traditional houses, gardens, pagodas, as well as many notable historical buildings and structures. There are several gates that lead into campus, with the West Gate being the most well-known for the painted murals on its ceiling.
The university has established joint degree programmes with Cornell University, Yale University, London School of Economics and Political Science, Paris School of International Affairs, Waseda University, Seoul National University and the University of Tokyo to encourage international exchanges for students.
2. Tsinghua University
Tsinghua University is also located in the Haidian District of northwest Beijing. It was established in 1911.
Like Peking University, it also retains much of its traditional architecture, juxtaposed with many buildings built in the Western-style reflecting the historical American influence on the campus.
Tsinghua University is a comprehensive research university. Its 20 schools and 54 departments cover disciplines in art, economics, education, engineering, history, management, medicine, law, literature, philosophy, and sciences.
In terms of life outside of studying, the university has more than 110 student associations covering science and technology, physical training, humanities, arts and public welfare.
Many successful people in politics, academia and industry have graduated from Tsinghua University including two Nobel Prize winners, Tsung-Dao Lee and Yang Chen Ning.
3. Fudan University
Fudan University is composed of four campuses in downtown Shanghai: Handan, Fenglin, Zhangjiang and Jiangwan.
The university takes a liberal arts approach to teaching with a number of its courses taught in English. Internationalisation is also a high priority at the institution with global connections and exchange programmes at almost 200 overseas universities including Columbia University, University of Toronto, University of Sydney, KU Leuven, University of Manchester and Sciences Po.
Students are also encouraged to go on international exchanges, with around 40 per cent electing to do this.
The university is extremely selective, with less than 0.2 per cent of National College Entrance Examination (“Gaokao”) takers being accepted.
4. University of Science and Technology of China
The University of Science and Technology of China (USTC) is a national research university in Hefei, Anhui and was founded to boost science and technology education in China.
There are 15 schools, spanning physical sciences, life sciences, software engineering and electro-optical technology, among many other science and technology disciplines.
There are also two national labs – the National Synchrotron Radiation Facility and the Hefei National Laboratory for Physical Sciences at the Microscale – the only university in the country to do so.
The university is also home to a large library, a first-class computer network, and a hospital which treats students, employees and their families as well as providing teaching facilities for medical students.
5. Nanjing University
The final university in the top five universities in China is Nanjing University.
It has 21 schools, running courses at undergraduate, postgraduate and research level. The university has one of China’s largest libraries, holding more than 4.5 million volumes.
These courses are spread across two campuses in Gulou and Xianlin.
Nanjing University established the first department of Western literature among Chinese universities, in 1921.
The university has a school song which was created in 1916 and recovered in 2002. The lyrics written by Jiang Qian and melody composed by Li Shutong.