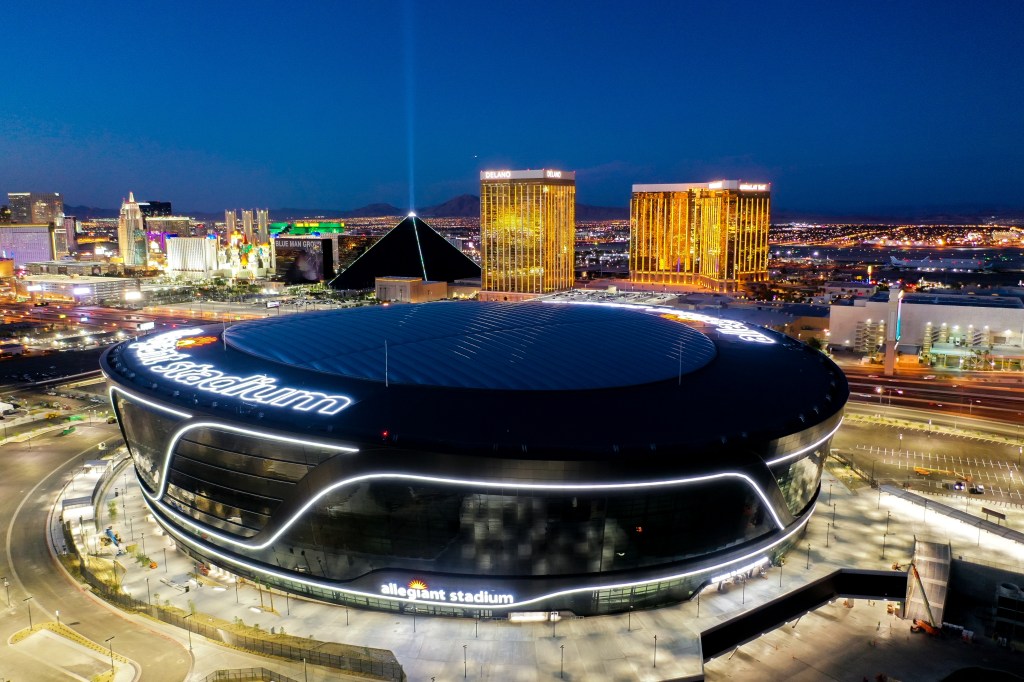 The Academy of Country Music Awards’ producers are hitting the reset button on the show in all kinds of ways for the 2022 show. On top of the previous announcement that the ACMs would be moving exclusively to Prime Video instead of a broadcast or cable network, Amazon Studios announced Thursday that the event will be moving from its usual Las Vegas arena to a new stadium, and will have its air date bumped up by a month this spring.

Allegiant Stadium, a venue with a capacity of almost 70,000 that opened in 2020, will host the coming ACMs, in place of the far smaller local arenas that were previously the setting for the show.

And the airdate will be March 7, 2022 — about five weeks earlier than where the ACMs traditionally landed on the schedule when the show was being aired on CBS. This year’s broadcast took place on April 18.

The new air date is the latest development in a game of musical chairs, or chess, that some country music awards shows have been playing. After negotiations between CBS and the Academy of Country Music for a contract renewal came to naught, and it was known that the ACMs were looking elsewhere for a new deal, the broadcast network announced this summer that it was picking up the CMT Awards, which traditionally had been aired on the ViacomCBS sister network of that name, and would bump that show up from mid-June to April 3, 2022 — right before the traditional berth for the ACMS.

The Academy of Country Music has now responded accordingly and moved its show up to precede the CMTs by nearly a month. And the shift to a venue with three times the capacity of any of its former homes certainly indicates a hunger to go bigger-and-better as well as earlier.

“We are thrilled to return to Las Vegas to celebrate country music’s Party of the Year in this incredible brand-new stadium and on the Prime Video streaming service for the first time ever,” said Damon Whiteside, the ACM’s CEO, in a statement. “We can’t thank the city of Las Vegas and Allegiant Stadium enough for welcoming us for the 57th Academy of Country Music Awards, a party so big only a stadium can hold it.”

This is being considered the first time a major TV awards show has shifted to a livestream-only platform. The ACMs’ hand may have been somewhat forced by the paucity of choices left among the top broadcast networks. But many are seeing the bold move as a preview of the wave of the future, as networks see diminishing returns for costly awards broadcasts, while big-pocketed digital outlets have plenty of motivation to bring big, existing tentpoles with built-in audiences into the fold.

The affiliation with Amazon will allow for plenty of cross-promotion, as the announcement hastened to note that Amazon Music’s Country Heat brand has passed the 13-billion stream mark since launching five years ago.

WIth the show now less than four months away, ticketing information will be announced in the coming weeks, the org said.

Whiteside and R.A. Clark will return as the show’s executive producers.