No matter how you slice it, the price of flagships is still a deterrent for many folks. Thankfully, there are some outstanding affordable alternatives that have significantly improved over the past few years. Various manufacturers, including many from US, China and Korea, have compelling products that are becoming more popular as we reach smartphone saturation.

Camera performance was a major differentiator between flagships and mid-range phones over the past couple of years, but even today’s affordable phones can help you produce decent photos to share with family and friends or on social media. Let’s take a look at some of the lowest-priced options. These phones are in order from lowest to highest price.

The Coolpad Legacy is designed with a large display, huge capacity battery with Quick Charge 3.0, high-quality plastic and glass materials, a microSD expansion card, a 3.5mm headphone jack, and even launches with Android 9 Pie out of the box. There have to be trade-offs made at the $130 price (free on Metro by T-Mobile), but they are hidden well on the Coolpad Legacy.

This is a great first phone, one for someone who needs a phone battery that will last a couple of days on a single charge, or someone who wants a big display that is easy to read.

It has modern features and solid design aspects while performing reliably to help you get things done. I am still stunned by the low price of this phone and did not expect it to be this good.

The Moto G7 Play has a 5.7-inch display with a Qualcomm Snapdragon 632 processor, 13MP rear camera, 8MP front-facing camera, 2GB of RAM, 32GB of internal storage with a microSD expansion card slot, and a rather large 3,000mAh battery. It has some water resistance and retains the 3.5mm audio jack.

The Moto G7 Play is priced at less than most insurance policies for flagship phones, so if you need a low-cost phone or a backup, then this may be the one to consider. Motorola also does a great job of providing a stock Android experience that gets fairly regular updates, too.

Moto G7 power is the budget phone you are looking for, thanks to its very long battery life, solid performance, and affordable price. The photo quality won’t match flagships priced five times higher, but photos are still good enough for social media sharing.

The Moto G7 Power has a 6.2-inch display, rear 12MP camera, an 8MP front-facing camera, 3GB of RAM, 32GB of internal storage with a microSD card slot, and whopping 5,000mAh battery. It is a mid-level phone available at an entry-level price.

The Samsung Galaxy Note series is one of the most capable devices for the enterprise, but models also start at $1,000 and go up from there. If you still want an experience with a stylus at a much more affordable price, LG’s Stylo line is worth considering.

You can use the included stylus for note-taking, artwork, drawing chat messages, and more. Like the latest Galaxy Note devices, you can also slide out the stylus and capture handwritten notes on the go with the screen off.

While we tend to focus on the Samsung Galaxy S and Note series, Samsung is making waves with its extremely capable A series. The Samsung Galaxy A50 is available from various carriers with the least expensive option being the unlocked version at $249.99 from Samsung.

The Samsung Galaxy A50 sports a gorgeous 6.4-inch Super AMOLED screen, 4GB of RAM, 64GB of internal storage with a microSD card and a Samsung Exynos 9610 processor. There are three cameras on the back: 25MP, 8MP, and a 5MP depth sensor with a whopping 25MP front-facing camera. A very large 4,000mAh battery keeps this gorgeous phone powered up.

An optical fingerprint sensor under the display works very well while we also still have a 3.5mm headset jack and USB-C port. The Galaxy A50 is a very good phone and will give you an appreciation for the A series

The Motorola One Action stands out from the pack of affordable phones with a triple rear camera design that brings a 117-degree ultra-wide-angle camera, 12MP standard camera, and a 5MP depth-sensing camera lens at a price much less than flagships with three lenses.

One unique function we haven’t seen from others is the ability to film video in landscape while holding your phone comfortably in portrait orientation. You can enjoy media on the big display with a small hole-punch front-facing camera too.

There is a minimal level of water resistance, a 3.5mm audio jack, Bluetooth 5.0, and more inside. It’s a capable phone available at a very affordable price.

Google’s Pixel line of phones has been competing with flagships from Apple, Samsung, and Huawei. Google revealed the Pixel 3a at just $399 a few months ago, and the press has been extremely pleased with its performance. It’s a mid-level phone, but the standout camera from the Pixel 3 is included, so if you want the absolute best phone for under $400 that will be updated for years, then you can’t go wrong with a Pixel 3a in Just Black, Purple-ish, or Clearly White.

Even better for the masses, Google is selling these in T-Mobile, Verizon, and Sprint stores. Stay tuned as Google gets ready to announce the Pixel 4 in October.

The Pixel 3a is running Android 9 Pie and is assured of getting updated to Android 10 on a timely basis. It has a 5.6-inch display with a rear 12.2MP camera, and a front 8MP camera with Google’s fantastic image processing software.

A Snapdragon 670 powers the Pixel 3a with 4GB of RAM, 64GB of storage, a 3,000mAh battery, and stereo speakers. A fast rear fingerprint scanner unlocks the phone while it also still retains a 3.5mm headphone jack. 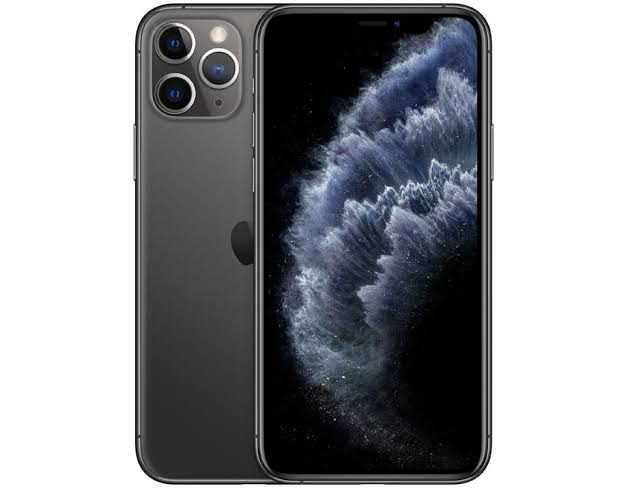