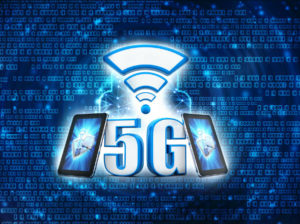 Commercial rollouts of 5G and larger than previously forecasted deployments of cellular IoT are focal points in the latest edition of the Ericsson Mobility Report.
The forecast for cellular IoT connections has nearly doubled since November 2017. It is now expected to reach an estimated 3.5 billion in 2023, driven by ongoing large-scale deployments in China. New massive IoT cellular technologies such as NB-IoT and Cat-M1 are fueling this growth, giving service providers opportunities to improve efficiencies and enhance customer value.
Mobile operators have launched more than 60 cellular IoT networks worldwide using these technologies over the same underlying LTE network to support a diverse range of use cases. In North America, these cases are centred on logistics and fleet management while in China it is smart cities and smart agriculture.
First commercial launches of 5G this year
North America is expected to lead the 5G uptake, with all major U.S. operators planning to roll out 5G between late 2018 and mid-2019. By end of 2023, close to 50 percent of all mobile subscriptions in North America are forecast to be for 5G, followed by North East Asia at 34 percent, and Western Europe at 21 percent.
Globally, major 5G deployments are expected from 2020. Ericsson forecasts over 1 billion 5G subscriptions for enhanced mobile broadband by the end of 2023, accounting for around 12 percent of all mobile subscriptions.
Mobile data traffic is estimated to surge by eight times during the forecast period to reach close to 107 exabytes (EB) per month – a figure that is equal to every mobile subscriber worldwide streaming full HD video for 10 hours. By 2023, more than 20 percent of mobile data traffic worldwide is expected to be carried by 5G networks. This is 1.5 times more than the total 4G/3G/2G traffic today.
Like previous mobile access technologies, 5G is expected to be deployed first in dense urban areas with enhanced mobile broadband and fixed wireless access as the first commercial use cases. Other use cases will come from industries such as automotive, manufacturing, utilities, and healthcare.
Fredrik Jejdling, Executive Vice President and Head of Business Area Networks, says: “2018 is the year 5G networks go commercial as well as for large-scale deployments of cellular IoT. These technologies promise new capabilities that will impact people’s lives and transform industries. This change will only come about through the combined efforts of industry players and regulators aligning on spectrum, standards and technology.”
First-generation, 5G data-only devices are expected from the second half of 2018. The first commercial smartphones supporting 5G in the mid-bands are expected early next year, while support for very high spectrum bands is expected in early to mid-2019.
The Ericsson Mobility Report also features articles on network performance through the eyes of customers, smart manufacturing, machine intelligence in network management, and the importance of securing the right spectrum for 5G.
Use google enhanced tool to find post via abujarock.com
Tags: 5G Networks