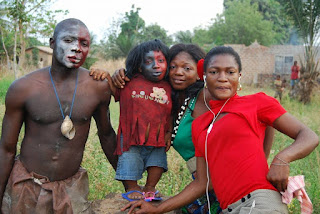 1. Separate symptoms
Women and men present different symptoms for the same medical conditions. Women are more likely to have insomnia and fatigue in the weeks before they have a heart attack, rather than the chest pain commonly experienced by men.
2. Changes of life
Women in India, Japan and China experience far fewer menopause symptoms than western women who commonly report hot flushes, night sweats, depression and insomnia. Scientists at King’s College London argue this could be due to women lumping together their experience of growing older with the menopause.
3.Casual sex
Women are choosier but not more chaste than men. A study by two German researchers, Andreas Baranowski and Heiko Hecht, found that women want casual sex just as much as men and were as likely as males to have sex with a stranger, as long as it was in a safe environment.
4. Toys
A 2010 study by Professor Melissa Hines at the University of Cambridge found that girls on average were genetically predisposed to prefer dolls while boys liked to play with mechanical toys such as trains.
5. Risky business
Testosterone is associated with higher levels of optimism, rather than aggression. Saliva samples taken from traders on the London Stock Exchange confirmed they had higher than average testosterone levels. Scientists from Britain, the USA and Spain concluded this increase made the traders more optimistic so more likely to take big financial risks.