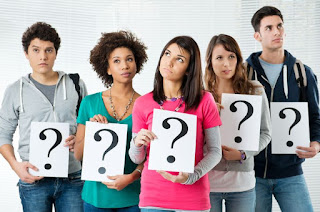 1. Feeling like an outsider
Regardless what country you are from, and what country you are going to, it’s almost certain that you’ll end up feeling like an ‘outsider’ at least some of the time. You may find yourself wondering why your espresso always seems to cost more than the locals’, or why everyone’s laughing, when you didn’t realize anyone had told a joke.
In most countries it’s unlikely that you’ll be deliberately made to feel uncomfortable or unwanted, but it can still be tiring at first, trying to get to grips with new cultural norms.
Don’t let this discourage you. Virtually everyone I have ever met while studying abroad has been very encouraging and friendly, and while I may never become truly “one of them”, eventually this problem becomes smaller and smaller.
2. Overcoming the language barrier
This is probably the most obvious of the challenges of studying abroad. Overcoming a language barrier may mean you’re struggling to learn a new language pretty much from scratch, or it could just be that you thought you were fluent, but find you’re unable to understand the strong local accent.
Even if you’re studying in a country where you speak the same language, there are other hurdles to clear. For example, slang phrases that are popular or hip will seem strange. For non-Americans (or non-Californians) the words “insane”, “balling”, “radical” and “intense” have nothing in common. But for locals, all can be used to mean “awesome”.
So the words that students use are going to be difficult to learn, but the language barrier problem also goes away pretty quickly, once you’re immersed.
3. Getting used to currency differences
Getting used to currency differences is also a challenging process. For example, when I was in Costa Rica, I had to remember that 500 Costa Rican colones make one US dollar. And in continental Europe, I have to remember that when something costs €1 it is actually US$1.40.
Make sure you work out a quick conversion system for yourself, so you can mentally figure out prices when buying things, and get to know the “normal” price for staple items – ie. ask locals how much they would expect to pay.
Like most of the challenges of studying abroad, currency differences are one of those things that doesn’t really hurt if you are only visiting for a short time, but does have a big impact if you’re staying for a semester or more. Don’t spend euros as if they were dollars!
4. Being far from your support network
Living abroad is awesome… when everything is going well. But when the heavens seem to conspire against you, you can really feel on your own. Your usual ‘support network’ of family and friends will be hundreds if not thousands of miles away. Even if you weren’t previously aware of how important they were, now is when you’ll find out.
This challenge is likely to be felt most especially true for the first few months of studying abroad. But then, you will build up a new support network and after a year or so, everything will be OK!
5. Coping with cultural misunderstandings
As a foreigner, you do not know the local culture and all those unwritten rules (hopefully you have a concept of the written rules) of your host nation. Let’s get one thing straight: you will make mistakes, and many may be awkward. Don’t be embarrassed; learn from cultural misunderstandings and don’t make them again. Again, given a year or so, you will get to know know all these little unspoken agreements.
One example is the amount of pressure you should put into a handshake; this varies significantly from country to country. In the US, a firm if not painful handshake is customary. A person with a non-bone-crushing handshake can be seen as weak. The same does not work in many parts of Europe or Asia, where someone with a vice-like handshake may be perceived as crude or overbearing.
An easy way to avoid many cultural misunderstandings is to observe what others do, and how they do it. If in any doubt, just ask! You’ll find most people are happy to talk about their customs, and will enjoy sharing their insider knowledge with you.